I have been deep into sewing lately – and it turned out amazing if I do say so myself!  It is my daughter’s baptism dress – see: 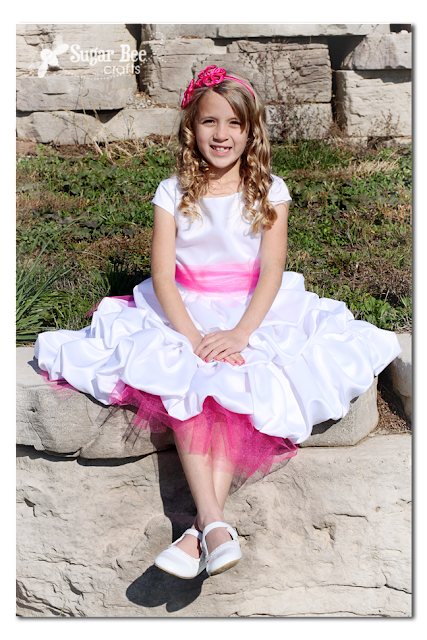 I used the tutorial over at Brown Paper Packages: 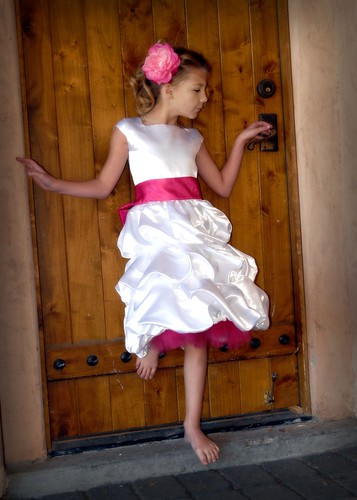 I was really happy with the way it turned out.  It probably the most “professional” thing I’ve sewn – there aren’t even any seams on the inside – it’s all hidden.  The dress is pretty heavy – like a wedding dress.  That makes it feel even more fancy.

I used it with white material (casa satin) like shown, but I think it would make a really cute flower girl or Easter dress and the color options are endless.  My daughter is a little on the small size for 8 – she wears more of a size 7 – so the dress was a little long and I took in the side seams on the bodice just a little.

Just follow the directions step by step.  I had to read them slowly so I would catch everything.  I do think there should have been a warning “Only Attempt this if you are Insane” – I still would have made it, but I would have been warned.  There are 3 tiers of ruffles, and they are full and gathered tons.  Plus gathering the lining, etc – it’s a lot of work.  I was so excited to get the bottom tier done I took a picture: 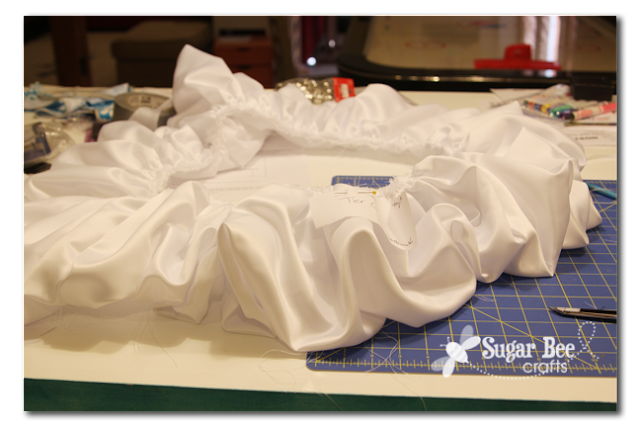 And then as you sew the other tiers you sandwich the seam inside the tiers and build up. 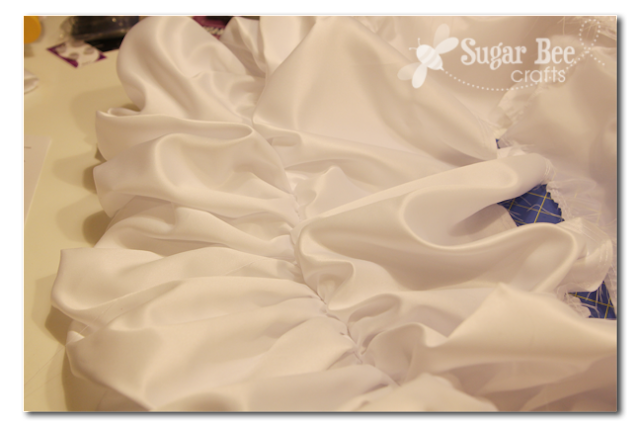 The back has a row of buttons, which I love the look of: 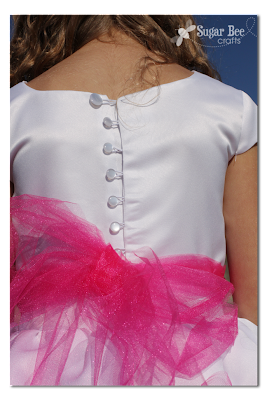 She enjoyed having the pops of pink tulle, but I also made the traditional all-white version.  I made a sash with the tutorial suggested.  All this time I thought a sash was just a long tube, but this one had a big fat area for the bow – think of an untied bow tie, but longer.  That made the bow loops so much nicer.  Here’s the all white version: 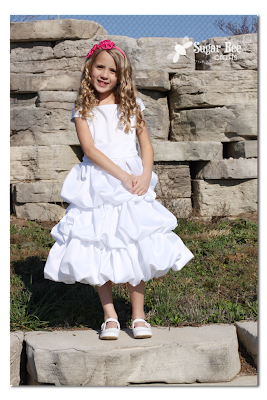 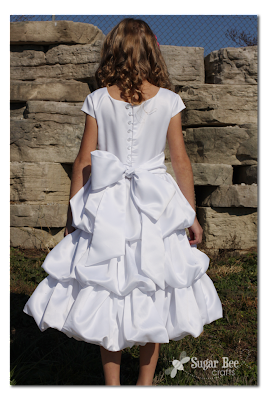 It was fun to take a few pictures of her, but we had to do it in the middle of the day so the light was pretty harsh – – still cute though: 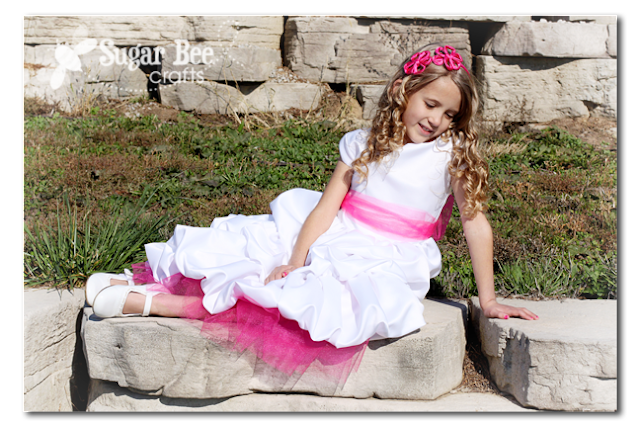 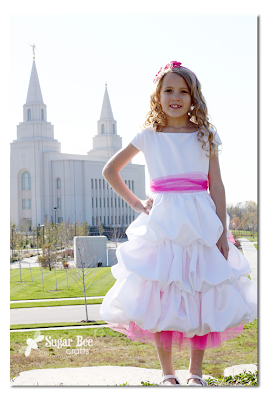 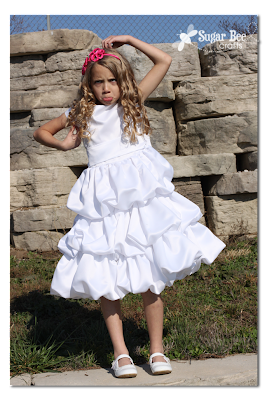 And random, family shot before her baptism.  She actually got baptized in my dress from when I was her age, and then she wore her dress afterwards and to church that day. 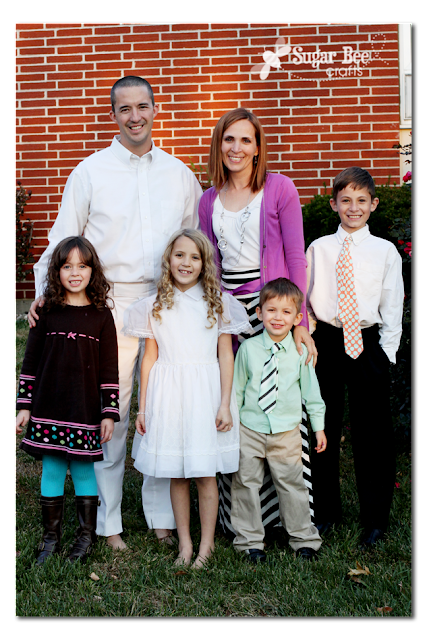