About a year ago Kate called from Walmart to say she was picking up a denim shirt for me because they’re back in style and it was on clearance for $1 – – love having a personal shopper looking out for great deals.

Anyways, I never know quite what to do with it, but then I saw a blogger (Abbie, 5 days 5 ways) who had the same exact shirt (I think so does Daybook blog) and she wore it with a pair of trouser jeans, so the denim was dark on bottom to balance the shirt.

So I tried it – she had tucked hers in by my trouser jeans are pretty tight, plus the belt is super small and won’t buckle that low on my body, so I went for untucked and belted around the top.  I wore those gold boots to match the goldish belt: 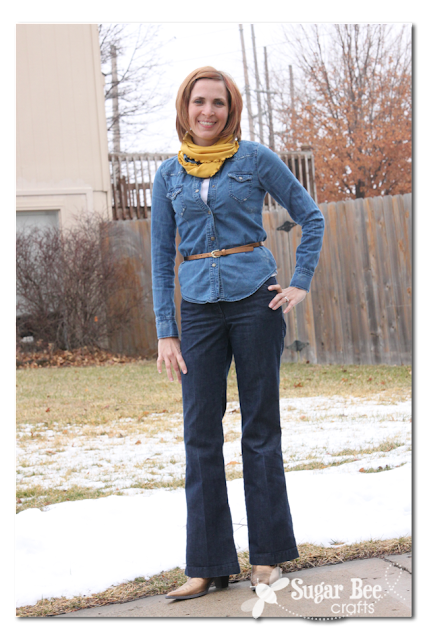 Are you noticing my new infinity scarf??  It was sent by OohBabyInfinity and it’s so comfy and soft.  Think of a super cozy tshirt you have – it’s like that.   The edge is serged which gives it a scalloped edge.  I wore it wrapped around 3 times, but after seeing my sister-in-law wear one wrapped twice with a little more drape, I think I’ll do that next time. 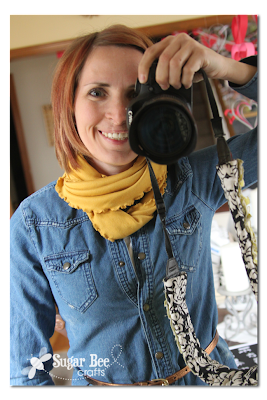 I got the mustard one and here’s a view of it wrapped with a longer drape, from their shop: 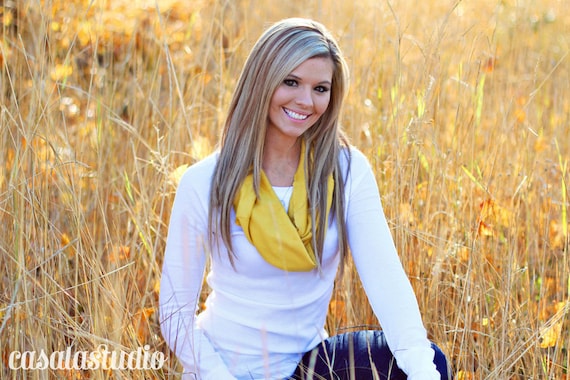 So check out OohBabyInfinity – the prices are real reasonable (that one is $12) – plus you can use code BEEZ for 10% off  – score!


Now – back to the denim shirt.  In Hawaii I got a cute dress, kind of Hawaiian-ish.  But it’s cold here.  But since I just got it I still wanted to wear it to church.  I wore it with my boots, a thick brown belt, and my denim shirt – the dress is short-sleeved, and the denim shirt seemed a better choice than a white cardigan.  I wore my boot socks, but I’m not sure that was the best idea now that I look at this picture. 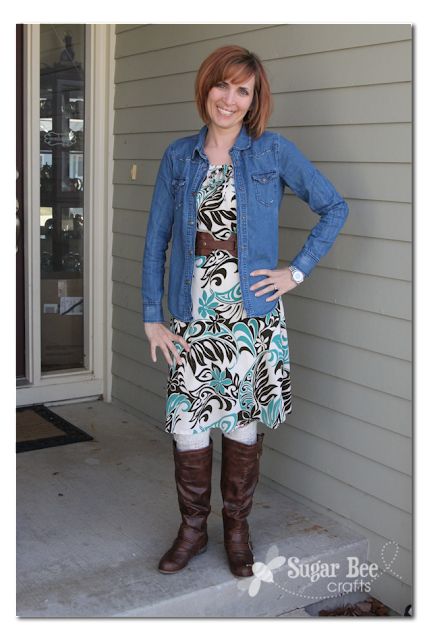