As you probably know, we built (are still building??) our own house ourselves.  It was crazy insane and I’m not sure how we made it through.  My goal is to blog all about the build this year – I started to last year, as we were still in progress, but it was overwhelming and obviously didn’t get done.  Anyways, this tale is the background to all that we accomplished – so you can know that there was no way we could do it on our own.  And to get a view of just a little crazy 😉

So we sold our previous house in a fluke of events that could have only been orchestrated by a divine hand.  It was great to sell it, to an amazing family, and sell it by owner (that was not our plan!), and to have a few months to finalize everything with it.  We moved out July 4th weekend.  Our new house was just a cement hole in the ground. 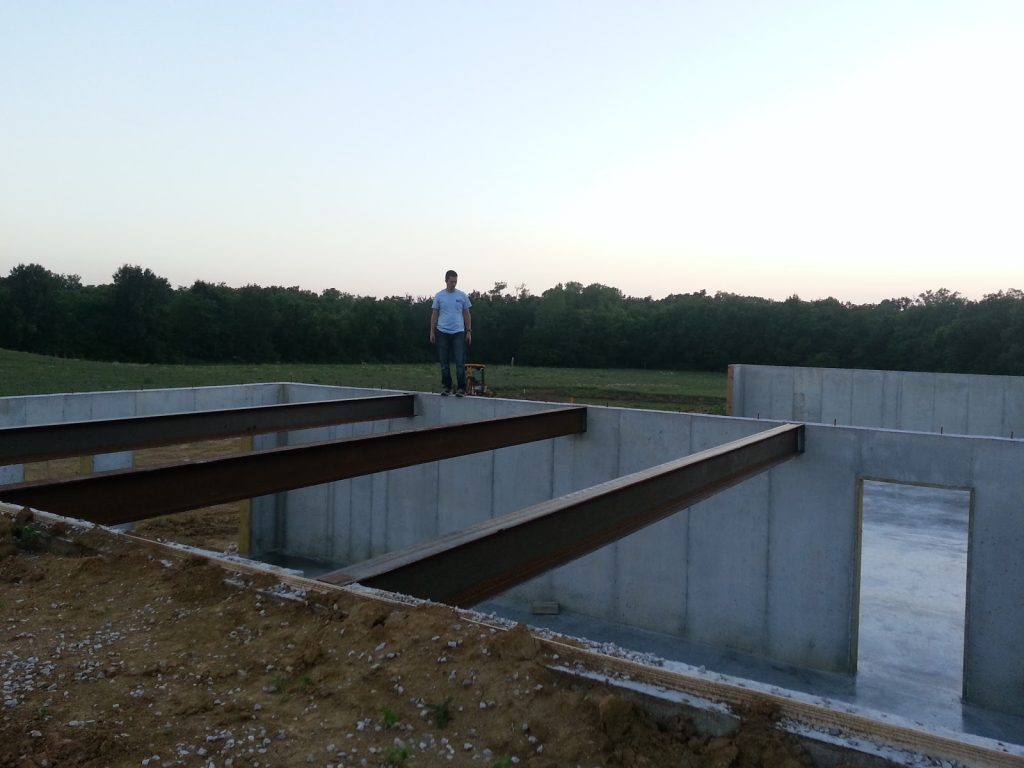 Naive is putting it mildly, but we truly believed that we would have our house built (remember, ourselves!) by Thanksgiving.  In fact we thought if we really hustled and pushed things along, maybe we could get it done by the end of October.  End of October – that was 4 months.  And so where to go in the meantime – you can’t rent somewhere for just 4 months (and we were convinced it wouldn’t be longer than that).  So one thing led to another, and we planned on moving into my parents’ basement.  Yep.  Those people.  I’m sure it’s because in the past I said “why would you live in your parents’ basement” – that’s why it all came to be.

We packed up most of our stuff and stored it at our build site.  We moved in during the summer, and with thoughts of moving out in the fall, we didn’t bring things like coats or long pants (shorts should be fine, right?!) or snowboots, or anything.  Space would be an issue, so it only made sense to put things into storage that wouldn’t be used.  Like coats. (wrong!) 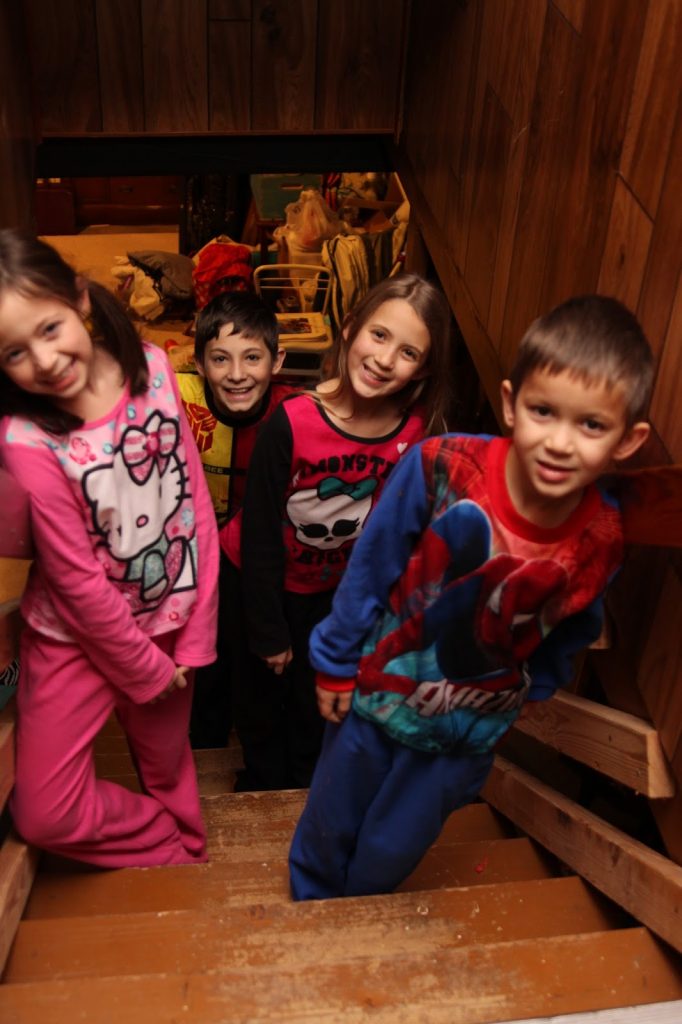 Some parents’ basements may have luxurious living conditions – but remember, my parents bought a small farmhouse on tons of land so that we could subdivide off the back acreage – which means they moved into that small farmhouse (think 2 bedrooms, 1 bathroom!). The basement was unfinished, but my dad was able to put up some sheetrock and make a couple of rooms down there.  So with bare sheetrock and open rafters and cement walls and floors, we embraced our new basement dwelling, rickety stairs and all – us in one room, all 4 kiddos on 2 bunkbeds in the other room.  I kept telling them it would make them appreciate having their own room in the new house!

And so basement life began – it was everything you think when you think 30-somethings living in their parents basement – we brought our cat, who had a very traumatic move experience and didn’t leave the basement level for months.  She packed on the pounds, and so did we – we had been loosely no-carb in our own house, but here it was all-carb, all-the-time. It took a toll and we were tipping the scales – because after working late into the evening, when you’re home ordering more building materials and looking up building techniques for the next day’s task, it’s only sensible to eat ice cream.  Every. Night.

But here’s the thing – for all that comes with the stereotypes and negatives of basement living, there was that much and more on the positive side – didn’t see that coming!  I was describing basement life to friends at a blog conference and then they’re all “so it sounds like you’re living a dream life” – yeah, there’s that.  I never went grocery shopping the whole time – I just handed my $$ over to my mom and food magically appeared.  If I left laundry in the dryer too long, I would come back to folded piles. I tried to be there when the kids got off the bus, but then I would head out to work on the house til dinner.  And there it would be – dinner.  Made and ready. See, dreamy.  We were pretty much non-parents the whole time we were building the house – and everyone else stepped in and made things fun for the kiddos.  And the kids were living it up – eating foods I’d never buy, drinking pop, watching unending amounts of cable TV – dreamy. 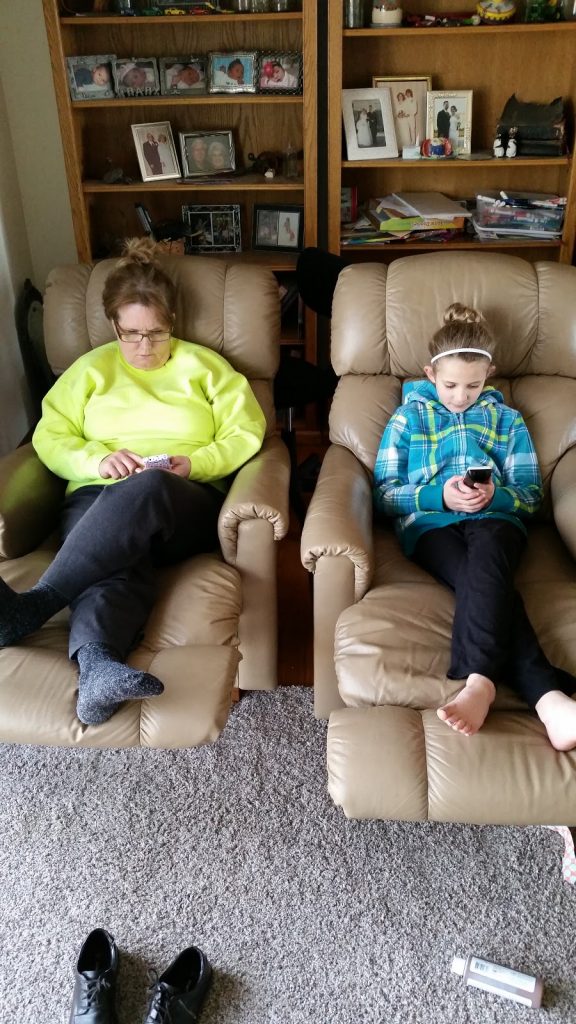 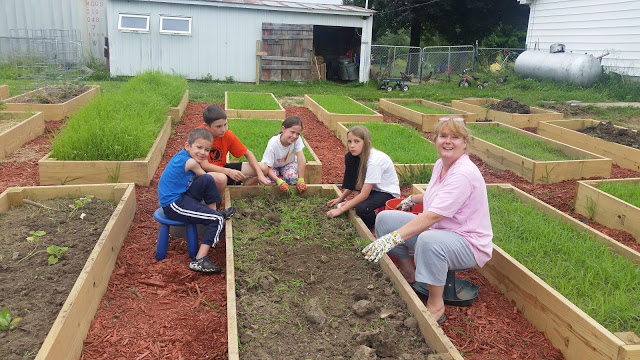 We worked late into the night.  If we were in a rental, it wouldn’t have been possible.  But living basement-style meant we could put the kiddos to bed and then go back and work on the house for several more hours, knowing they weren’t home alone late at night.  Also, for a few months in the fall, Trevor took time-off from work – since that meant no income, there was no way that that would have been an option in any other situation but basement-living.  He worked on our house probably 14-16 hours a day for several months and we were still 6 months behind schedule – I have no idea how we would have done it without that time off from work. 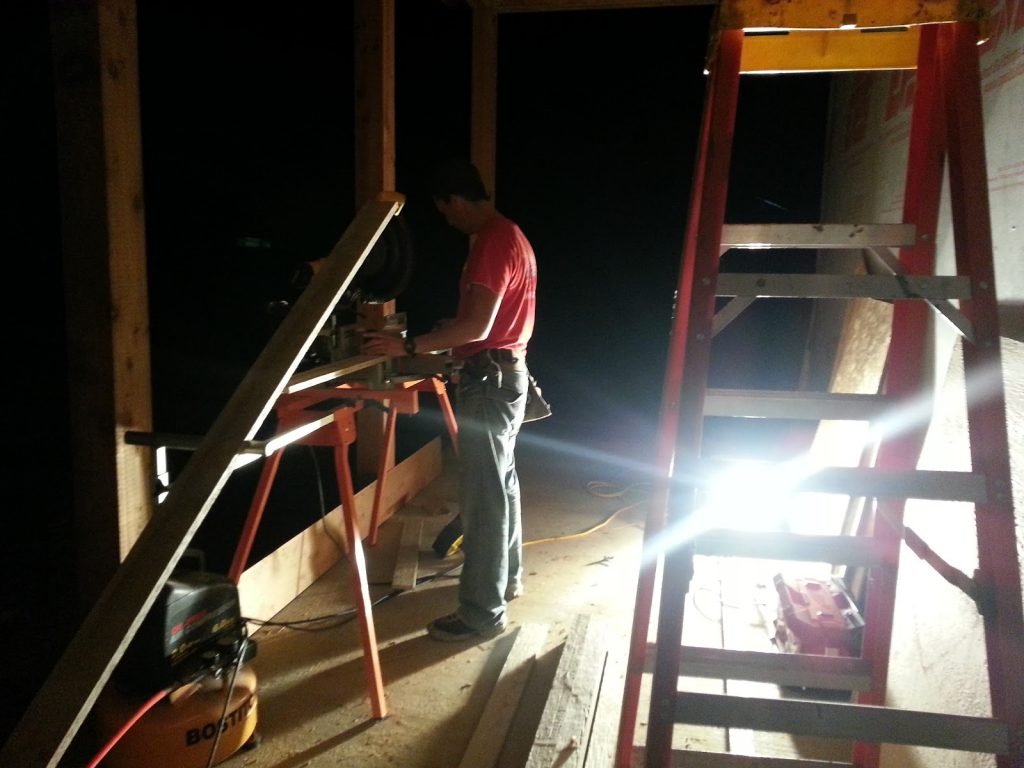 I know basement life was meant to be – in addition to all the above, my kiddos were able to hang out with my grandma.  Right before we moved in to my parents’ house, my grandpa passed away and so my grandma moved in as well – more the merrier! – as she had a little apartment built onto the side of my parents’ house.  We broke ground before her, and we were neck-in-neck in the building race for a while, but then she moved into hers around Thanksgiving. And well, we didn’t.  But anyways, I think it was great for her to have the kiddos around and great for the kiddos to have her around – basement life perfection, if there is such. 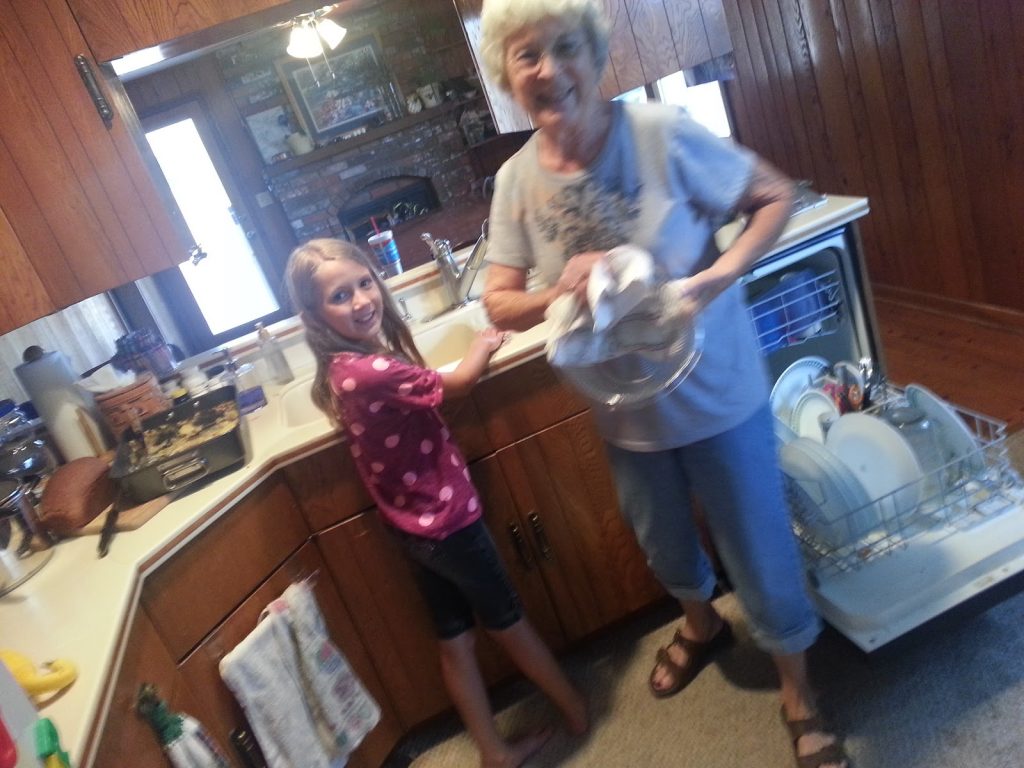 So there’s your background – as you picture us working on our house as I led you through the build in posts week after week (I hope, that’s my goal!), you can kind of know the chaos and awesomeness that was going on in the background.  9 months – that’s how long we lived basement-style.  If you would have told me that BEFORE we moved in (back when I was thinking 3-4 months), I’m not sure I would have agreed to it , but looking back from here, I don’t think there was any other way to do it.  Basement living  – – the best of times, the worst of times.