I’ve had “make potholders” on my mental to-do list for months.  Ever since I made these Kitchen Towels – well, I finally got around to it – wahoo for crossing them off my list! 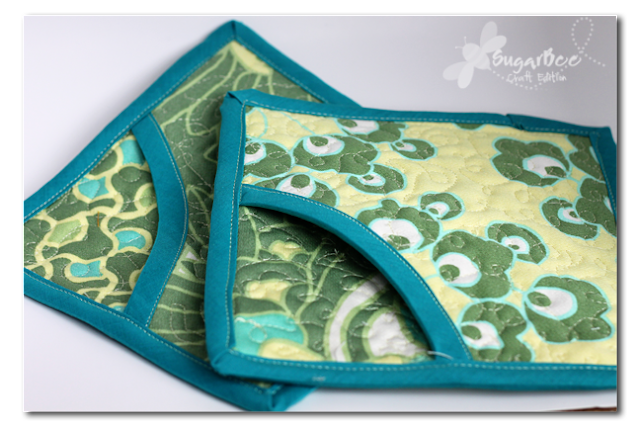 I wanted to do a few things:
–practice bias tape – I really wanted to make my own bias tape and even bought gadgets to do so, but then I didn’t have enough scrap fabric so I used store-bought
–practice “stippling” – where you sew in loops for decoration
I thought hot pads were a great project for practicing those sewing skills.  I made up my own how-to – I’m sure there are lots out there, but here’s my take on how to make a potholder.

–Trace an old potholder (you can see I’m long overdue for new ones!) – I traced a square, but I should have paid attention to those rounded edges – more on that in a minute…. 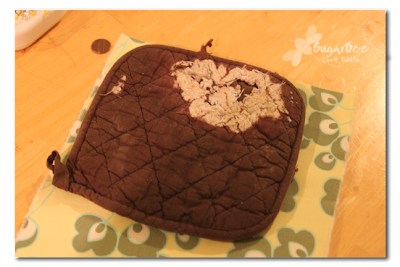 Cut out pieces – you’ll need 4 pieces – a front and back to one side, and a front and back to the other side.  I saw this curvy shape pocket at Oh Fransson so I cut that shape. I’m noticing she has a whole tutorial, probably more detailed than mine, so if you need help, check hers out. 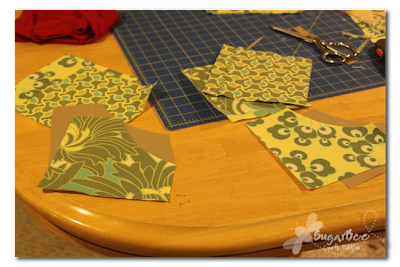 I cut a piece of insul-bright – it’s made to block out heat.  I only put it on one side. 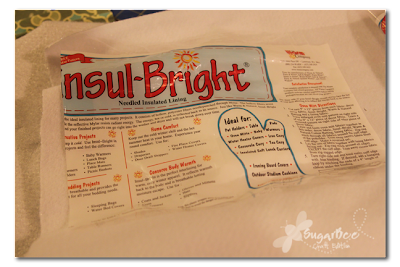 Someone told me that for potholders you need cotton batting, not polyester – so I used 2 pieces of that. 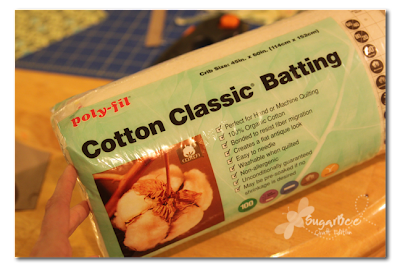 Then you make 2 sandwiches – one for the top piece and one for the bottom piece.  My square piece was fabric-insulbright-batting-fabric, and the one with the curve was fabric-batting-fabric.  Then I stippled them – I was SO EXCITED about doing this – I felt like a real sewer!! (umm, don’t look too close).  I used the tutorial I saw at Honeybear Lane – there’s even a video – you just drop your feed dogs (yes, I had to get out my machine’s manual for that) and then have at it – fun stuff! 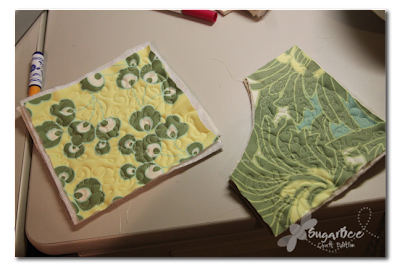 After stippling, then sew on the bias tape.  I had always used the “sandwich” method before and it never came out right.  This time I used the real way I saw on MADE – twice the sewing, but it looks twice as nice! You open up the stuff, sew down the crease, then fold it and flip it over and sew it down to the other side.  First do the curve. 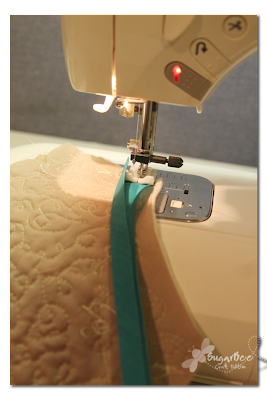 Then put the front piece on top of the back piece and sew bias tape all the way around the edge of everything. Note – the corners are tricky.  I had to fold them, etc and they still aren’t perfect.  Looking back, I wish I would have made rounded corners.  Now I know why lots of potholders have rounded corners – easier to sew on bias tape!! 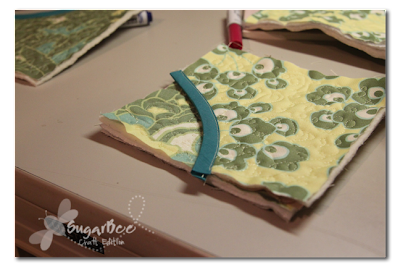 And that’s it!  Now I can take things out of the oven in style!

FYI, I entered these in the potholder contest at Prudent Baby (see HERE and HERE) – I was obviously out of my league – go check out some of the fab ones they featured – amazing!