It’s one-week til the fabulous Pi Day – time to start crafting for it.  Here’s what I made, a Pi Shirt for Trevor – it’s so cool!! 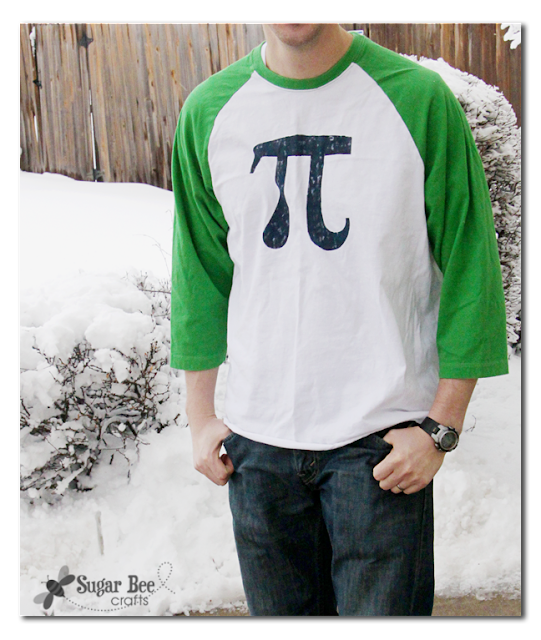 It’s a pretty simple shirt to make.  I should use “make” loosely because the shirt was already made – I just stenciled the symbol onto it.  I found the shirt at Goodwill Outlet and couldn’t pass it up – I knew it was perfect for this project.   I’ve wanted to make a shirt like this ever since I saw the inspiration over at Project Run and Play.  They cut out the symbol and sewed it on, but I wanted to stencil it on – let me show you how I did it.
First, I wanted a dark blue but instead of buying new I just mixed some of the paints I had on hand until I got the color I wanted. 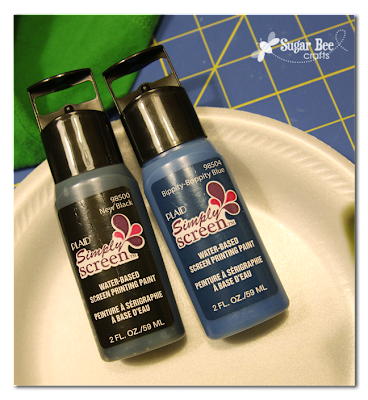 I made a stencil using my Silhouette and contact paper (it’s clear, so a little hard to see).  It’s a simple shape so you could hand-cut it as well. 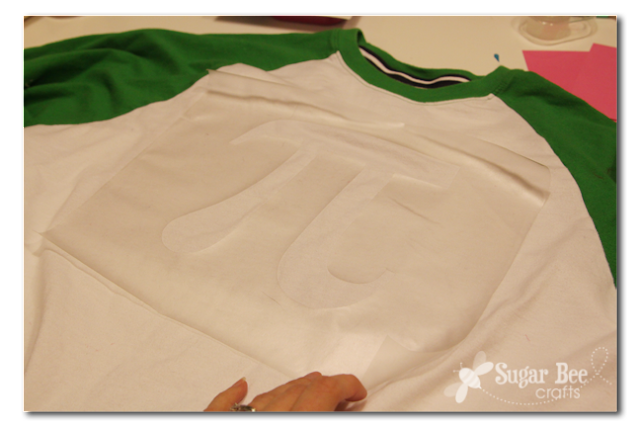 Then I dabbed on the paint.  I wanted a “worn” look so I didn’t make the coat of paint consistent.  The variation in coverage gives it more depth. 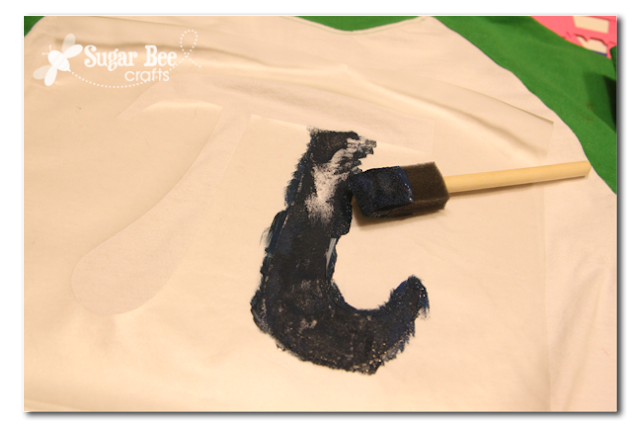 It’s the same method and technique I used to make my pillows.  With them I used even less paint than the shirt. 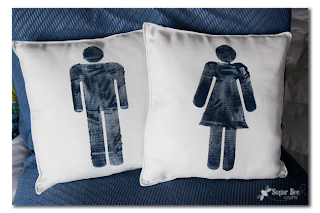 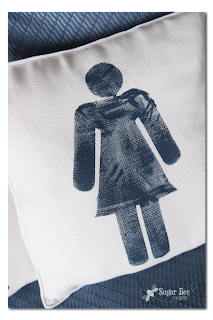 Here’s the photo of the inspiration shirt, if you want to go with the sew-on method: 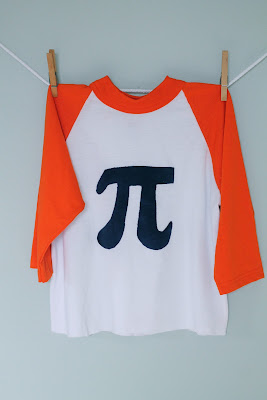 Trevor was nice enough to pose for me, even if he thinks the sleeve length is weird. 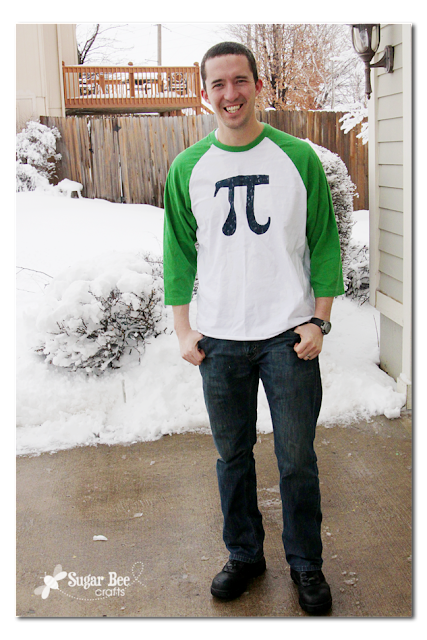