1725 shares
Let me get your attention by showing you this picture of an AWESOME CHEETOS MONSTER: because seriously, cheetos monster?!  you’re going to keep reading after seeing that 🙂
I got a cutey invitation for a friend’s son’s birthday, and headed over there last week…. 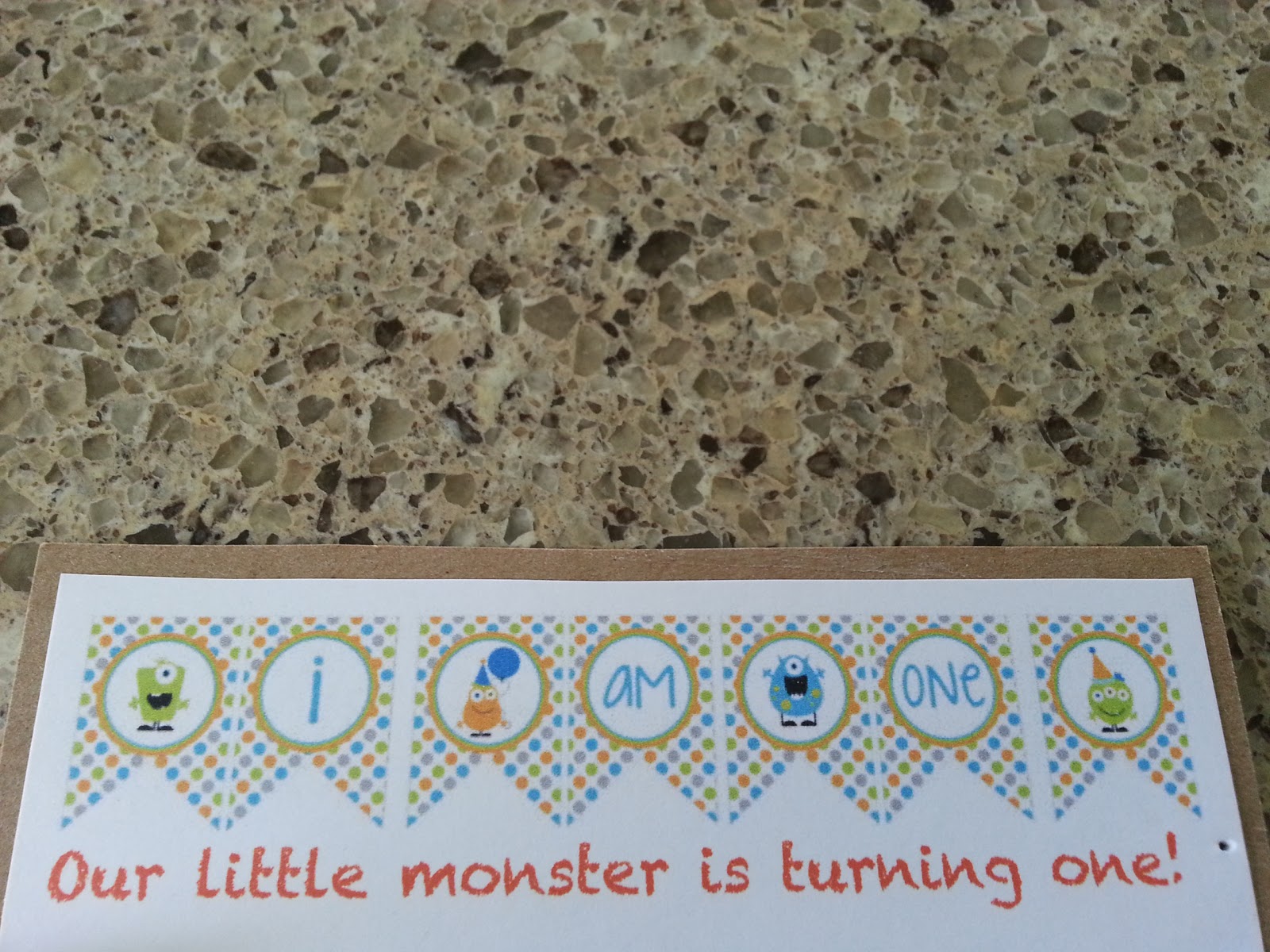 Little did I realize (I should have KNOWN!  her husband had just professed on FB to join the group “husbands against pinterest”) that I was heading into AWESOMENESS.  The first things I said were probably “I’ve got to take some pictures” and “so…can I blog about this?” (yep, #lifeofablogger) and when I instagrammed the cheetos monster, several of you begged for more insight into the party.   Luckily for us, she was up for being featured on the blog – wahoo! 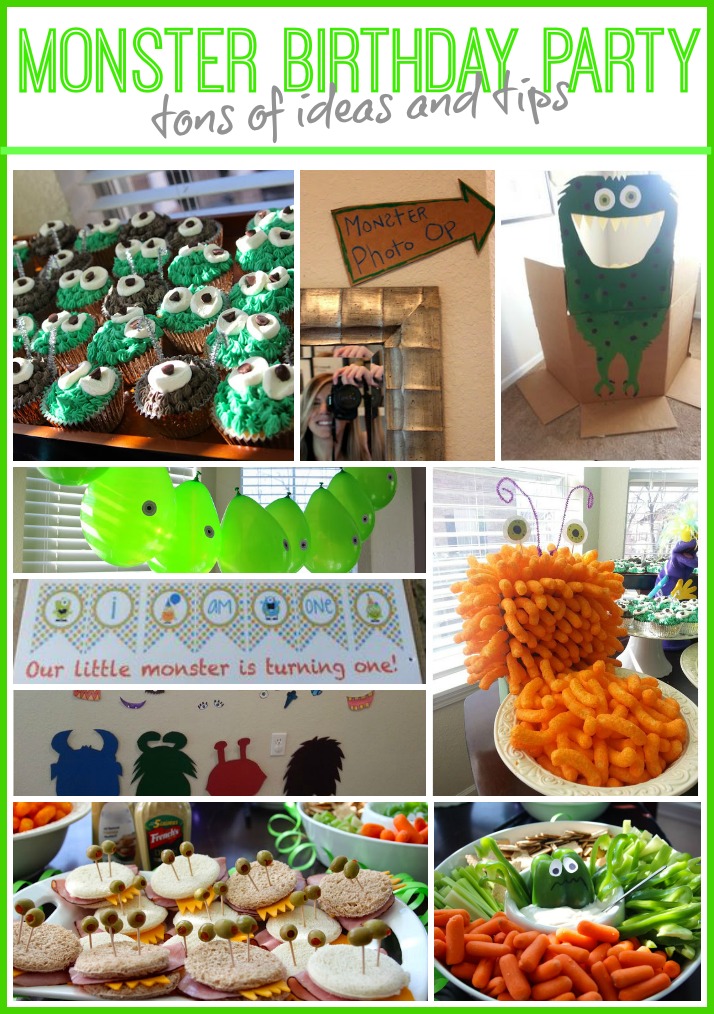 At first glance, I thought “wowza, so cool, I could have never done all this!” but she explained that it was all about making it cute and simple, and upon closer inspection, it’s true!  Maybe that’s why I love all of this even more – it’s simple projects, with a big impact.  So let’s dive right in to details:
First up, the food table.  You saw it right when you walked in and it was great (and yet simple!) (for other tips, check out Realistically Building a Dessert Table) 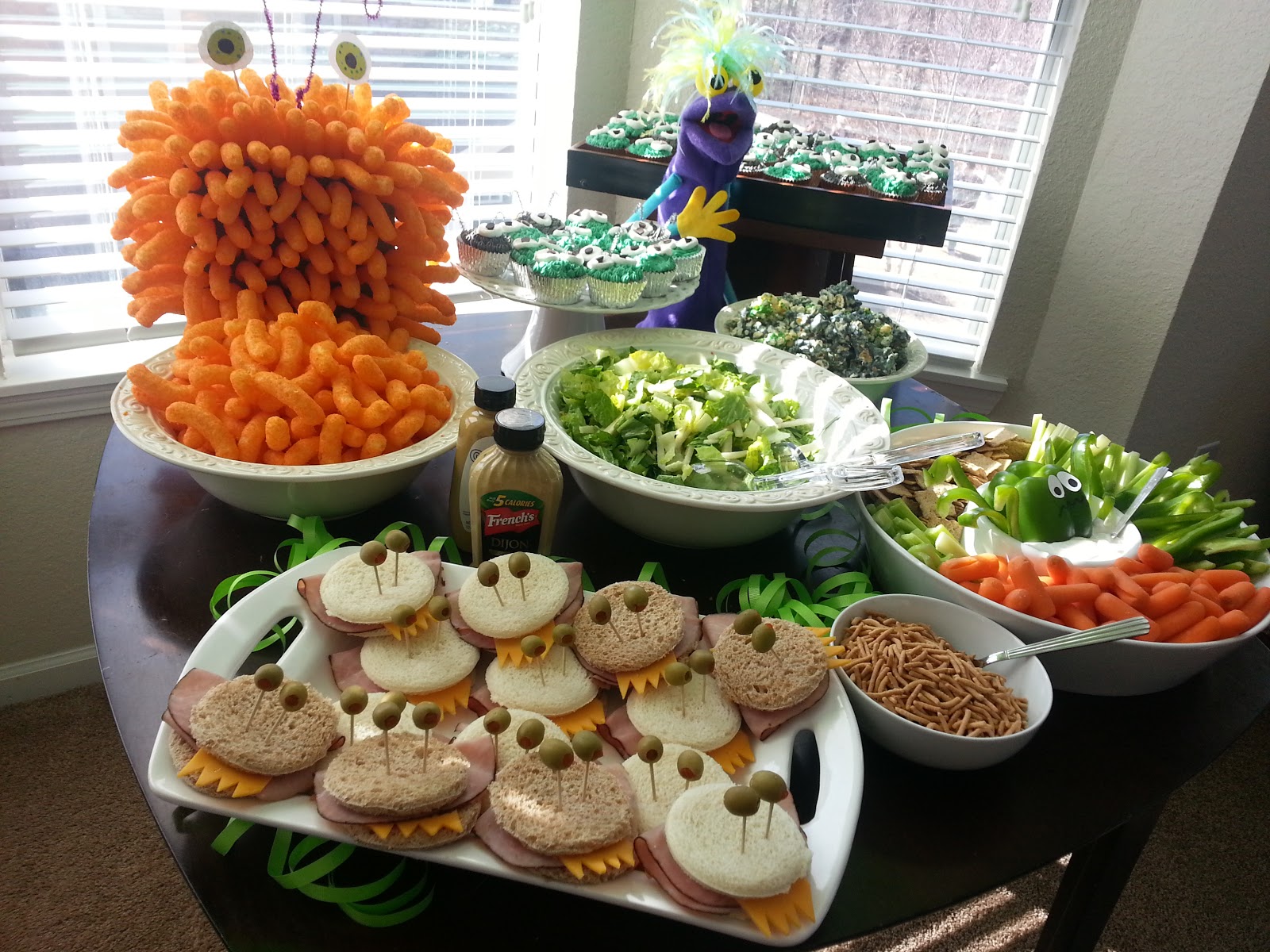 The Cheetos monster is just a block of foam as the base.  Toothpicks poke into each cheeto and into the foam to form the monster.  There was also a bowl of cheetos for easy grabbing.
The sandwiches were super cute with the fun cheese and monster eyes.  I don’t love eating green olives, but they sure made the sandwiches perfect. 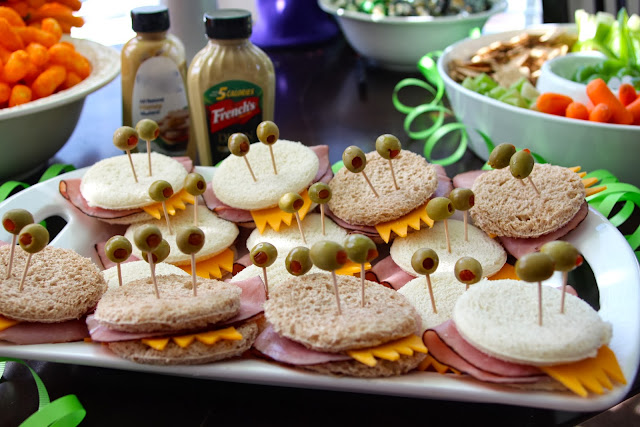 Monster Veggie Dip – – again, pretty simple, but so fun and cute! Use the green pepper as the octopus monster with legs in the dip. 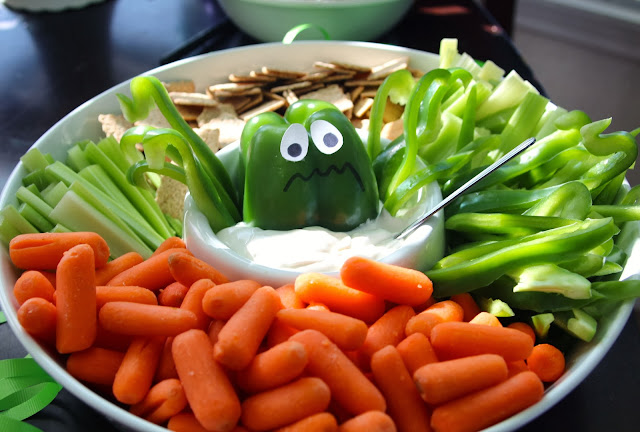 The cupcakes were simple as well – the eyes were half a marshmallow with a chocolate chip on them.  Some monsters were one-eyed and some had two eyes and some had antenna – it made it fun for the kiddos to pick which monster cupcake they wanted. 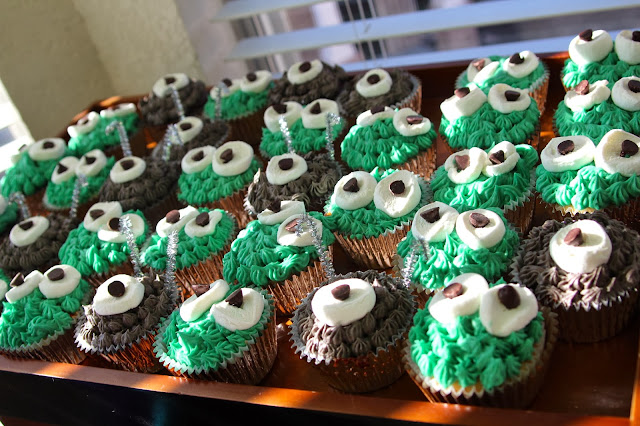 In addition to the food, there were other fun party things that can be easily replicated.
The balloon monster-eye banner was fun.  And speaking of balloons, I forgot to take a picture, but she also had several balloons up in the corners.  They looked like helium – up at the ceiling, with a ribbon hanging off of them, but really the balloon was just a normal one, taped to the ceiling – I thought that was genius. 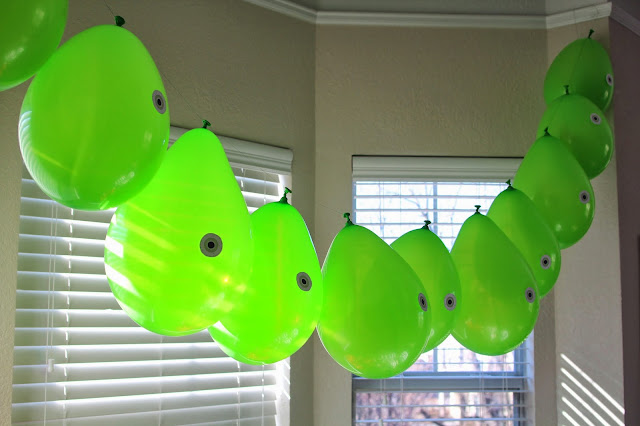 There was a fun area set up to create monsters by mixing and matching facial features: There was also a photo booth which was a really cute idea.  Your kiddo can go behind the backdrop and take their picture in the mouth of the monster – – so so fun! 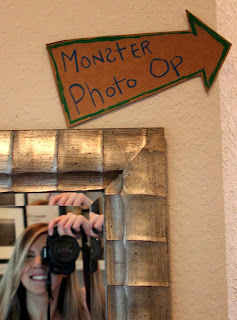 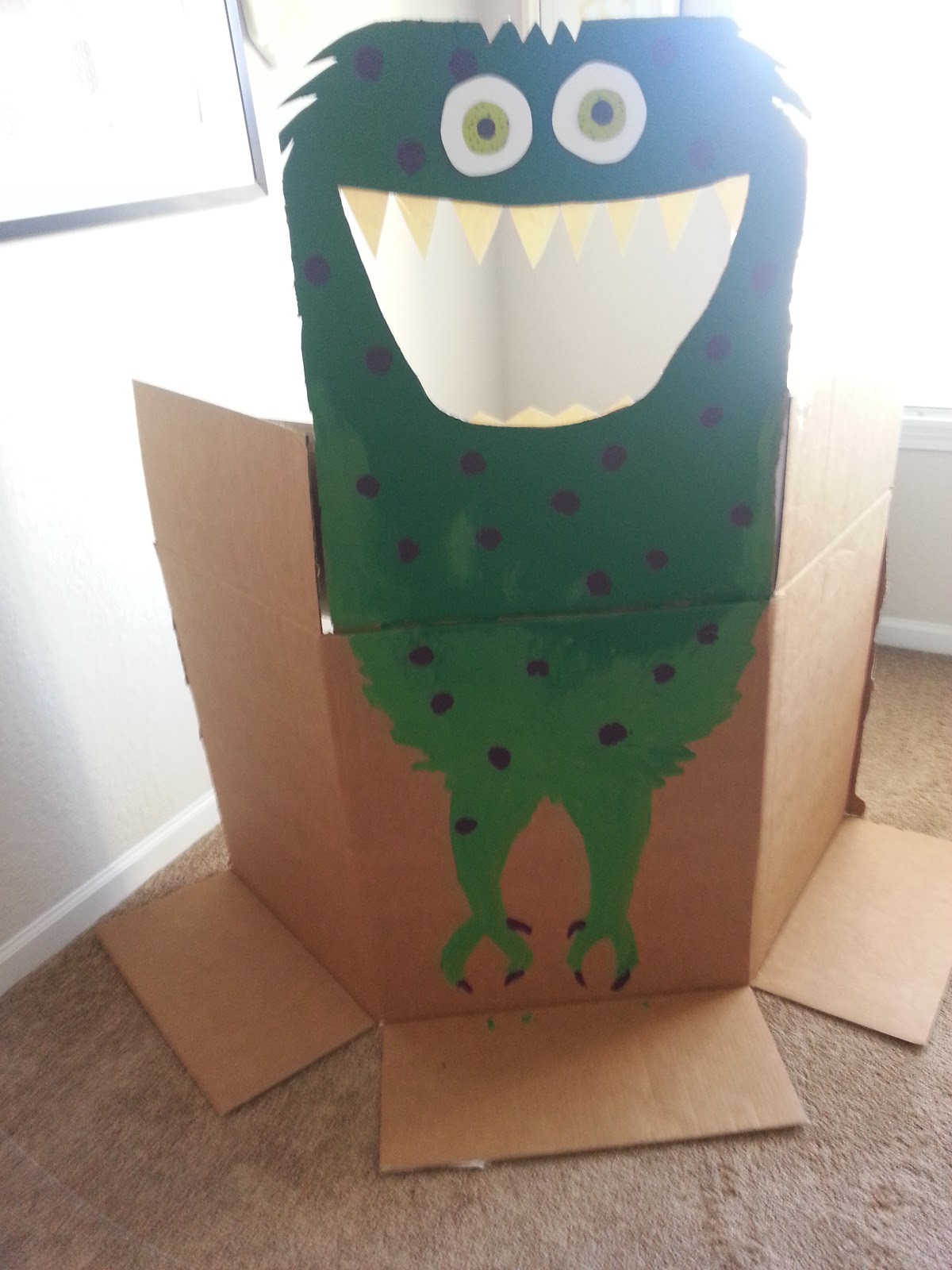 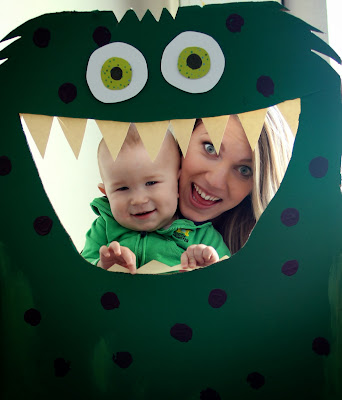 Party favors were simple as well: 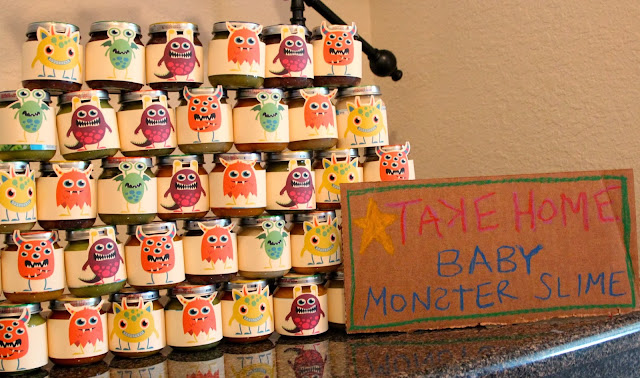