Did you know that normally on Saturday’s I do a “treat” post – some sort of food.  But last Saturday I snuck in a craft instead – and now I’m doing it again today.  Apparently I need to make more treats to show off – no problem!  In the meantime, here we go….. 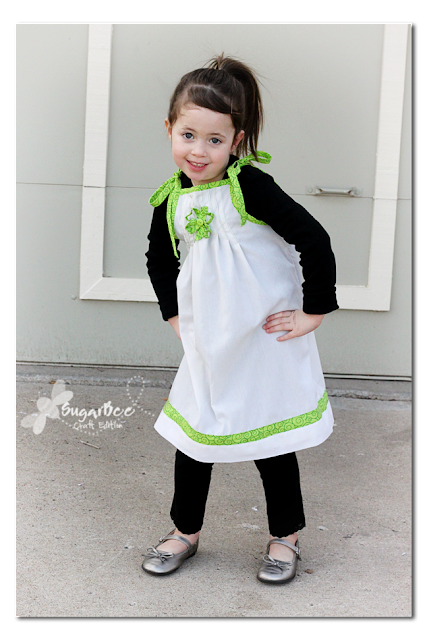 Remember last month when I talked about how a Pillowcase Dress is a perfect project for a beginning sewer? – super cute, but it’s only $0.25 so if you mess up it’s okay.  Well, I decided to take my own advice and use the March Pillowcase Dress as a way to practice my sewing skills.  Yes, you all talked me into doing a St. Patrick’s Day Pillowcase Dress – you win!

So what skills did I want to try out?? Bias Tape and Pin Tucking (if that’s what it’s called.)  Ever since I saw this post on MADE, I wanted to try making bias tape.  So I did – look at it in all it’s glory – I’m so proud! 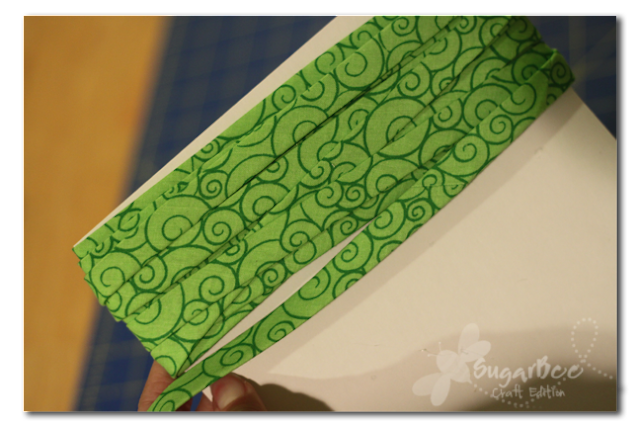 I know I’ve got a tutorial for a basic pillowcase dress (along with how to shirr it) – – this way using bias tape as the ties is a little different.  But it starts the same – cut the top (closed end) off the pillowcase and cut in armholes – –

I wanted to try these long pleat things – you sew down the edge of the pleat – I think it’s called Pin Tucking.  So the way  I made this dress there’s no casing with a tie running through it – which is how the front cinches up.  Instead this method makes the front smaller.  Start in the middle: 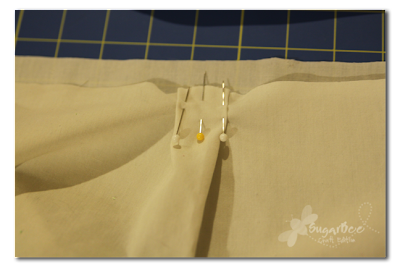 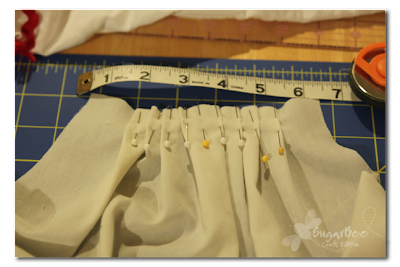 So to practice I sewed the same thing on the front and the back and picked the best side to be the front.  Here’s an upclose view of the final pintucking: 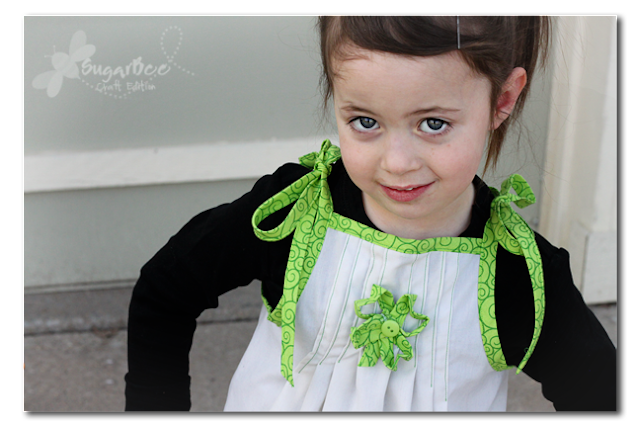 And see, it’s the same from the back: 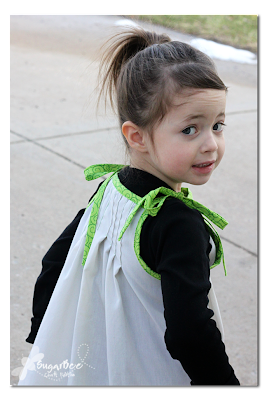 Anyways, once you sew down the edges of the pleats, cut a piece of bias tape, sandwich it around the top edge, and sew it down. 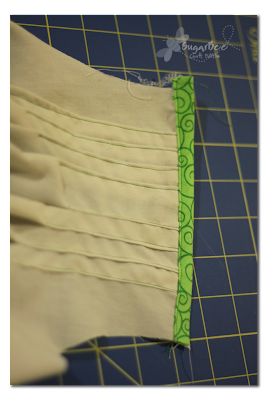 Side note – for straight edges you don’t need “bias” tape – it can just be a strip of material with folded in edges.  “Bias” tape is a strip of fabric cut on the diagonal – because of that, it’s stretchy – you need to use it on curves.  Which brings me to the next step – after doing the top edge, sandwich the curves of the armpits and sew it on there as well.  Be sure to leave long tails to use as a tie on the shoulder – I forgot to take pictures of this step – sorry!

Then I opened up the bias tape and sewed a strip along the hem to add color down there.  I was planning on appliqueing a Shamrock, but then I loved it plain with green trim for everyday wear and didn’t want to make it holiday specific.  So I made a shamrock out of bias tape for a hairclip.  But holding it up on the dress I thought it was cute.  I ended up safety-pinning it to the dress, so it’s removable. And that’s it!  Do you think I’m cruel to wake up my daughter 10 minutes early and drag her outside to take pictures??  That’s what you get being a bloggermom’s daughter 🙂  (and normally she’s up by that time – it was a fluke she was still in bed the one day I needed her to model!) 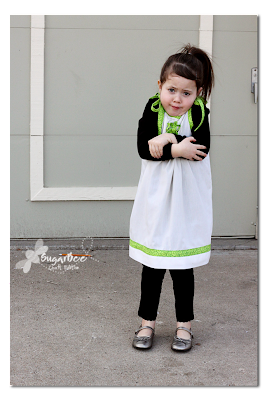 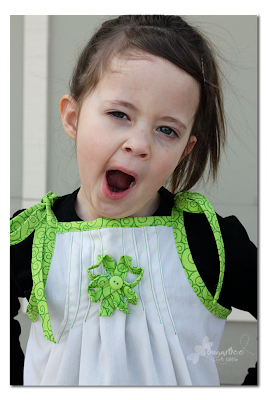