Home » Uncategorized » Kitchen Update – on to the glaze

The kitchen is coming along….. it would be much faster if life didn’t get in the way.  Like I should have planned to set aside a few days to knock it out.  Instead I’ll find an hour here or there instead of big blocks of time.  But I’m making progress….

I have stacks of doors sitting everywhere, and even though the kitchen isn’t too messy, it sure looks that way with all the doors off…. 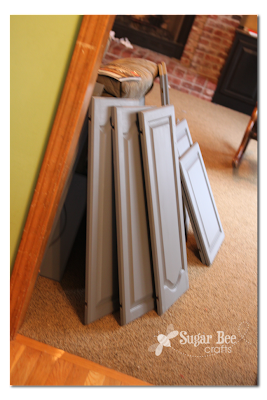 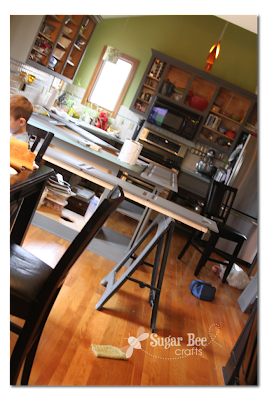 If you remember, I’m using the Rustolem Cabinet Transformation – I have been really happy with it so far, and I love how it’s bundled in a kit so I don’t have to think about what I need to buy for each step.

Anyways, I’m sure I’ll do a full post about it when I’m finished, but I just want to show you where I’m at.  I am doing the “glazing” step – and honestly I was a little hesitant because I didn’t want to mess things up – but it’s been super easy, and I LOVE the look with the glaze on.  It’s an optional step, but really adds depth…

Here’s the upper cabinet skeleton thing with just the color, no glaze – I like it, but the glaze adds so much… 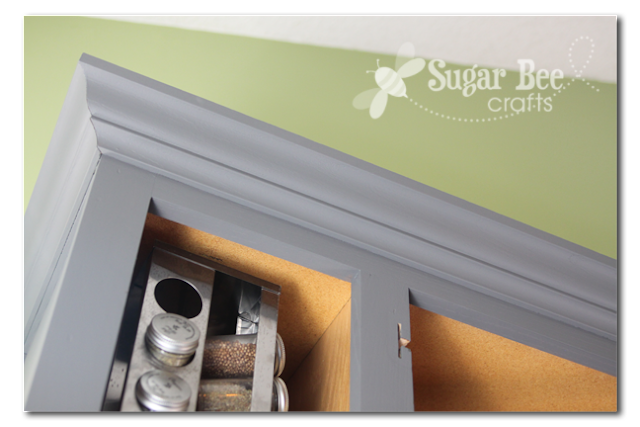 Here’s the other upper cabinet skeleton with the glaze layer on – – see – awesome, right?? 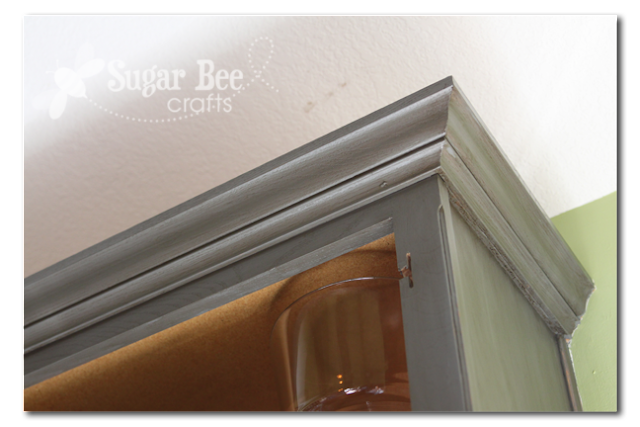 I took these pictures when I had done one set and not the other yet, so the lighting and stuff is from the exact same moment to give you a good comparison.

I have glazed all the cabinet skeletons  (there’s got to be a real name for that), upper and lower, and all the drawers, and all the backs of the doors.  I’m working on all the door fronts.  Then a clear protective coat and I can put them back on – wahoo!

Then comes new counters and backsplash – still debating those, but after all your comments on here and FB, I’m really leaning towards LIGHT counters instead of BLACK/DARK like I had originally thought – and I’m leaning toward GRANITE or SILESTONE instead of SOLID SURFACE like I had originally thought.  I haven’t made any final decisions though so if you have input I’d love to hear it.

Meanwhile, the door-painting station I have rigged up in the kitchen is providing some fun entertainment for the kids…. 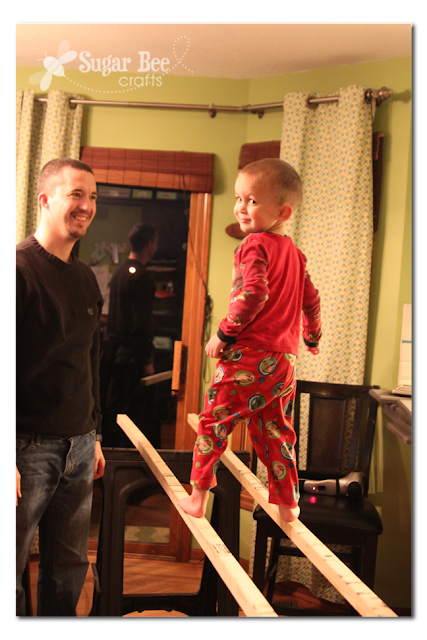