Home » decor » How NOT to Paint Stripes

So I was going to give ya a post about State String Art… but it turns out I didn’t take pictures of how to make it?! blogger fail! But I DID take pictures of painting the stripes… but the fail in that is that I did it wrong, doh! So hence today’s post is born, How NOT to Paint Stripes 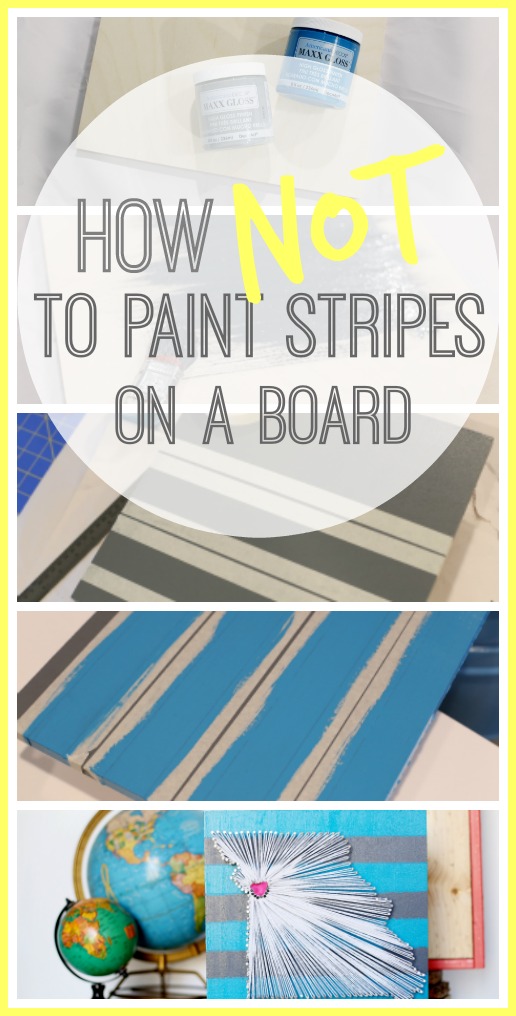 Can you see the stripes under the string art?  How they aren’t crisp and perfect – they have a ton of bleed.  I just went with it, telling myself it’s the look I was going for, but it’s not what to aim for when painting stripes: 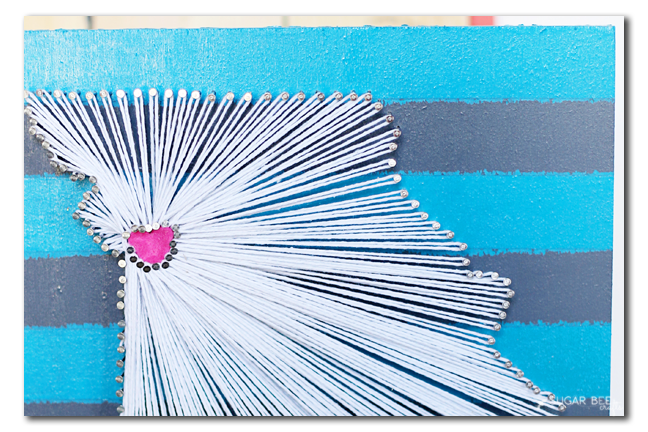 So I’m going to walk you through the project and tell you what I should have actually done!

How NOT to Paint Stripes

First up of what NOT to do, cover your board in the darker of the stripe colors.  What I should have done: covered the board in the lighter color. 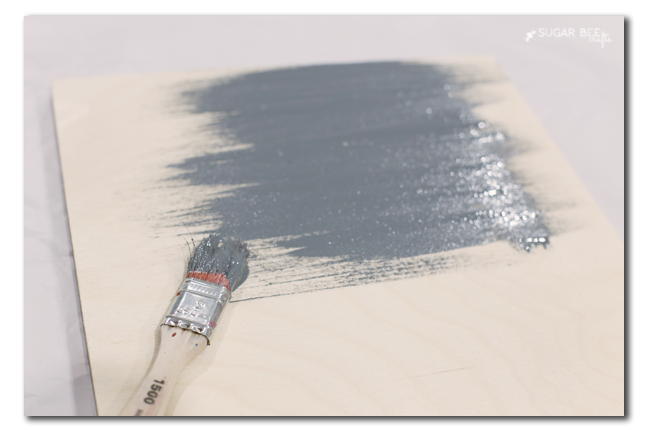 Let that dry.  Then tape off your board to create stripes.  The stripe area will be between the taped sections. 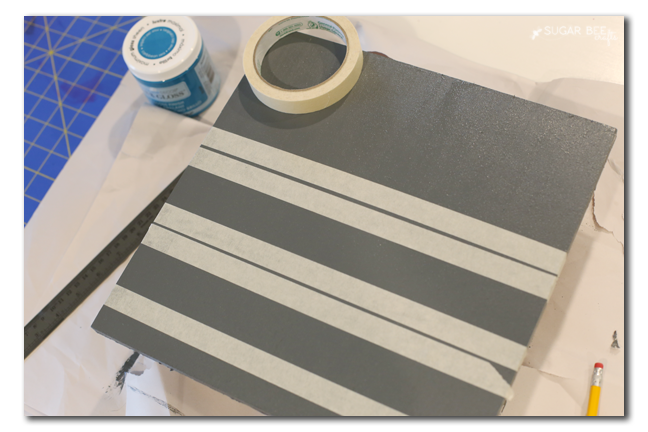 What NOT to do next: paint the other stripe color.  I know the trick to crisp paint lines and I still didn’t do it, doh!  You should either paint another layer of the base color, or paint a layer of clear (like mod podge).  Either of those techniques will let that base color or clear seep under any gaps and you won’t be able to see it because it blends in.  It will then seal the gap.  This was a critical step I missed. 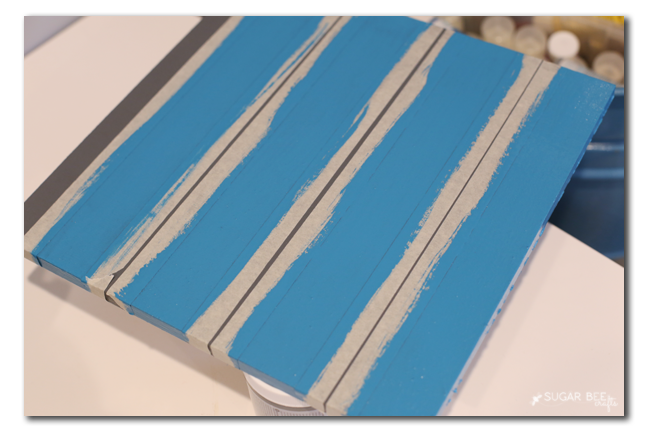 Because I jumped right to the other color, it’s the blue that seeped under the tape, and made the stripes into a disaster.

So now you know what NOT to do – use bad tape, and skip the seep step.  Learn from my mistakes!!