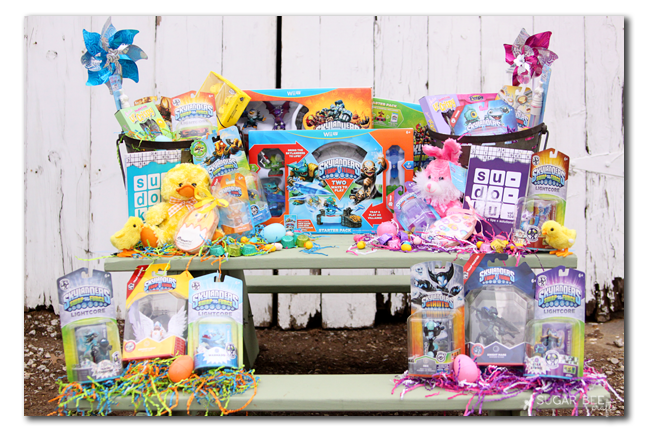 I love that Skylanders is for both boys and girls and they all love it: 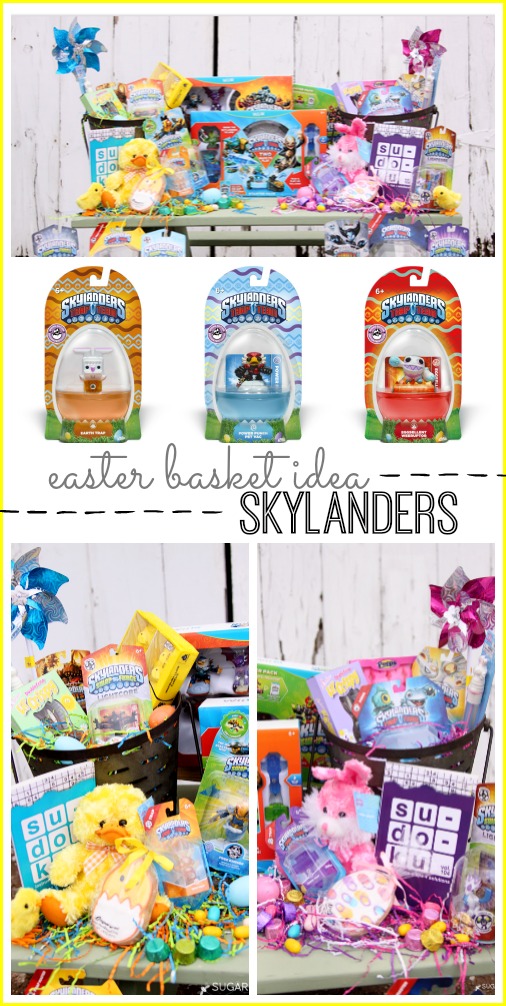 What do you like to include in Easter Baskets??  We like getting one large shared gift for our kiddos and then smaller gifts in individual baskets.  The Starter Kits make for a great shared gift! 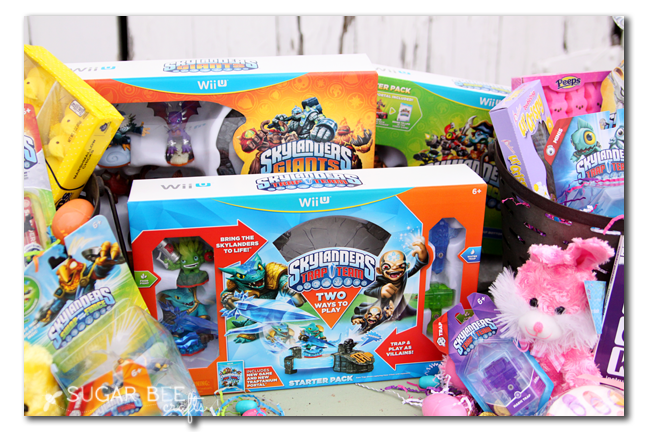 –special toys of Skylanders – one that don’t have yet but have been wishing for! 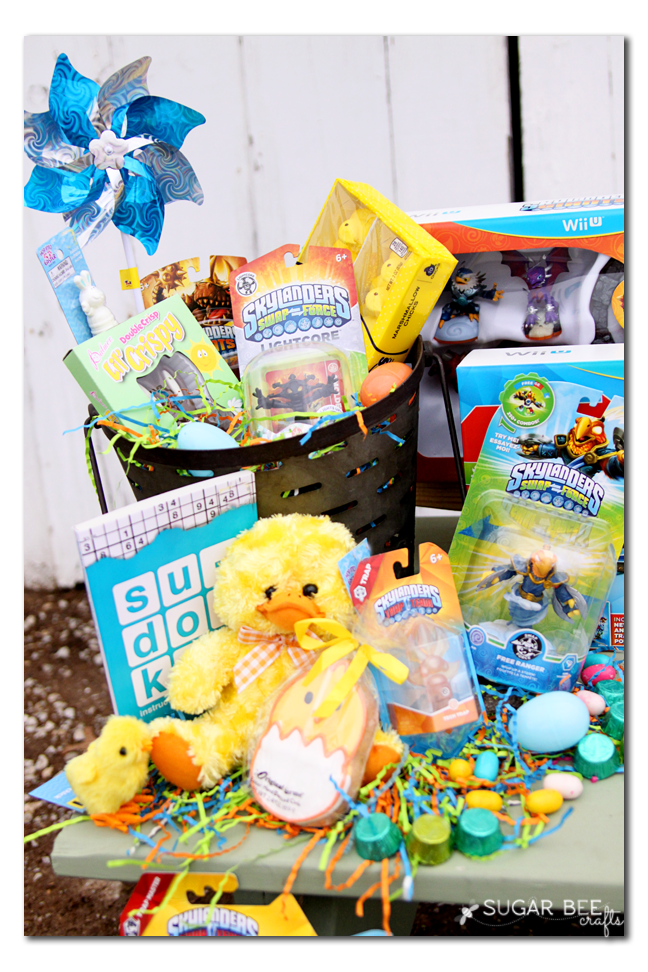 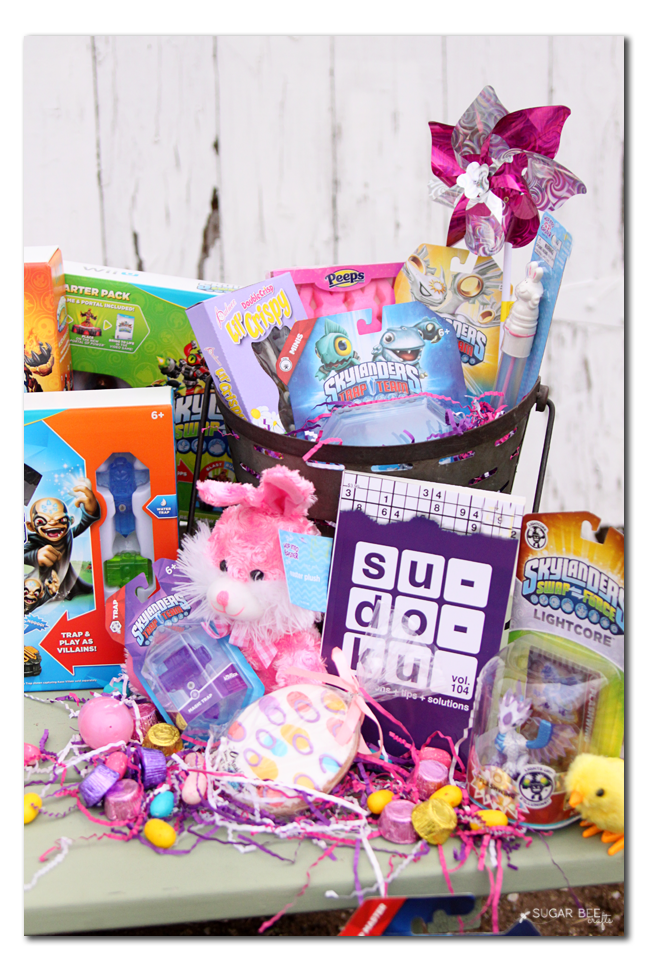 What’s super fun about Skylanders is that there are even Trap Team Easter toys (how perfect is that?!)

Eggsellent Weeruptor was chosen as this year’s official mascot for the Annual Dragon Egg Hunt! Being new to this time honored tradition, he disguised himself as a candy-coated egg and proceeded to capture Spyro, Cynder, and Drobot within a Traptanium basket… sort of missing the point of the occasion. But what he lacks in point-getting, he more than makes up for in “Eggsellence!”

Power Punch Pet-Vac was the greatest, most daring flying ace in all of Windham. He was given his magical wings when he was young, as was the tradition for all Air Barons. But when his homeland was raided, he chose to sacrifice his wings to a young mother so she could fly her children to safety. This act of nobility caught the attention of Master Eon, who sought out the young Air Baron and presented him with a gift – a powerful vacuum device that would allow him to soar through the skies once again. Jet-Vac accepted the gift with gratitude, and now daringly fights evil alongside the other Skylanders.

The Bunny Earth Trap is one of the most unique Traps of the bunch and features a cute bunny-themed design.

That makes it perfect for an Easter basket gift idea!  With Skylanders Trap Team, players can take characters out of the game and place them into physical “Traps” that kids can take with them, effectively bringing Life to Toys.

In Skylanders Trap Team, you can play as a Skylander or capture Skylands’ most wanted foes and unleash them for good. It’s up to Portal Masters to find these villains and capture them inside the new Traps that transport the villains into the real world via the Traptanium Portal. Once trapped, players can return the villain to Skylands as a playable character. This exciting new play pattern gives fans the option to switch between playing as a Skylander hero or a villain at any time, creating fun and unique “tag team” gameplay.