keeping on with some refashion ideas…..  Normally my older daughter passes along hand-me-downs to her younger sister.  Well this quick project was fun because it meant that my younger daughter passed along a hand-me-up…. 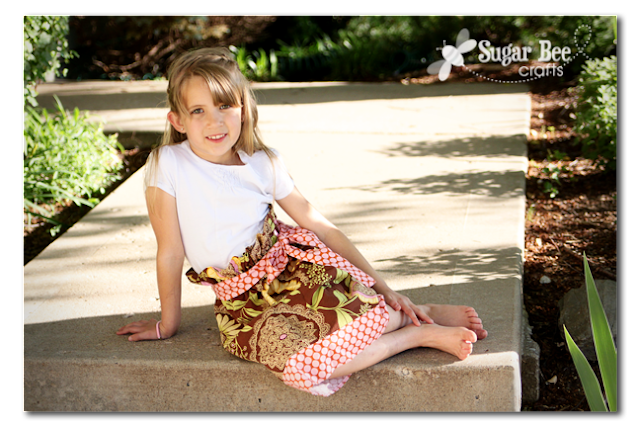 Talk about odd coincidence – – that picture was taken on May 10th, 2012 (that shows you that I really do get projects done, but sometimes it takes me a while to blog about them) and these pictures below were taken May 10th, 2010…. 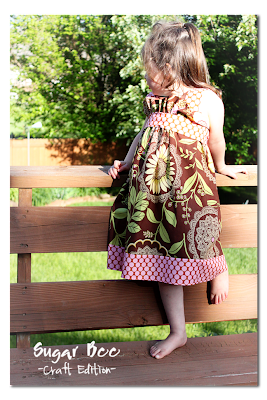 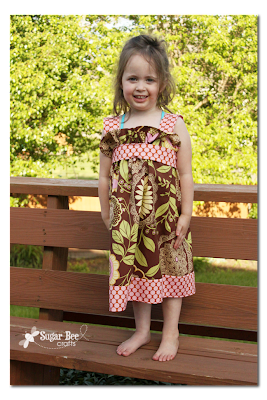 Doesn’t she look so little?!?  Anyways, I made that dress for my little girl a couple of years ago, but now it’s too short for her (she’s headed to summer school Kindergarten on Monday – growing up!).  She had it in the giveaway pile, but I thought it was a bummer that I sewed something, actually using designer fabric, and it was already on it’s way out. 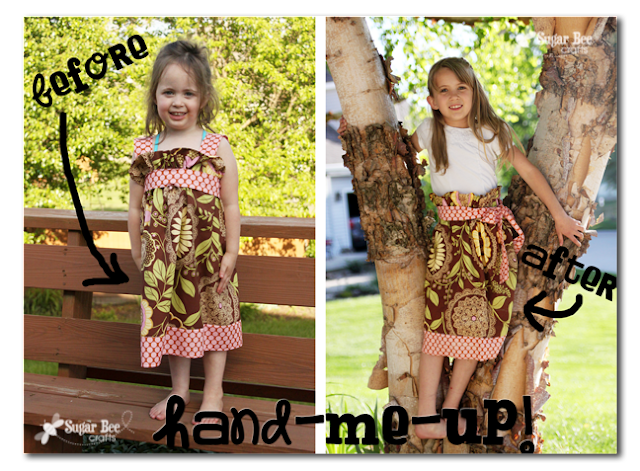 Then I got to thinking it’d make a cute skirt…. so I tried it on my older daughter – and it fit perfect!!  This was such a simple refashion – all I did was unpick the seam that held the straps on – it took less than a couple of minutes.  I thought it was perfect how the gathered top of the dress made it into a paper bag skirt. We tied the bow on the side instead of in the back for a little more interest: 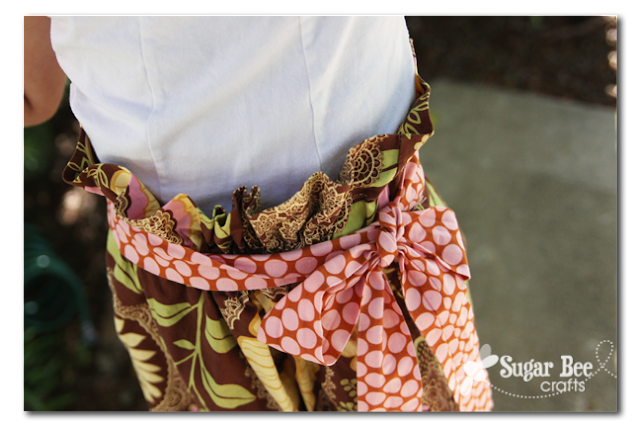 She requested that I take her picture in a tree – so here ya go, the skirt that was handed up from her little sister’s old dress…. 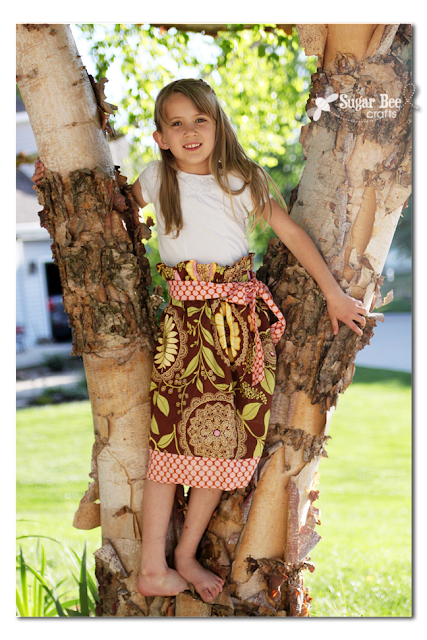 So hopefully I’ve helped you think outside the box a little when getting rid of too small dresses…..