0 shares
Recently my son had his cub scout Blue and Gold Banquet – part of it was to bring a dessert for a dessert contest.  I wanted something simple and appealing to 8-11 year old boys – enter, the candy cake: 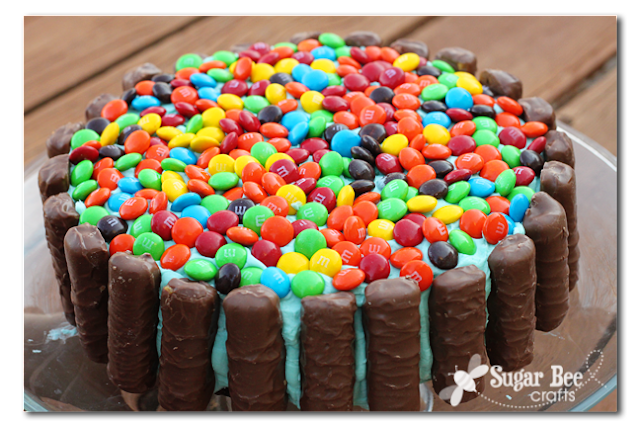 Last year, Trevor helped him made an R2D2 cake – it was pretty cool, but it got cut up before the judging, so it was probably hard to imagine in all its glory: 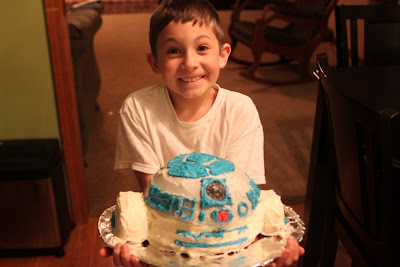 So this year I wanted something with minimal effort – and remembered a reeses pieces candy cake I featured quite awhile ago from Take-A-Look Tuesday.  So with that in mind I searched “candy cake” on pinterest, showed him the idea, and we were good to go.

Now, if I were making this for taste, I would use this version from Duhlicious because it’s a mousse cake and that seems like a good idea to balance all the candy:

But let’s face it – 8-11 year old boys aren’t really worth the trouble of a homemade mousse – they’ll think anything is good.  So we just made a cake from a box mix and called it good.

A candy cake is great for kid helpers because it doesn’t really matter if the icing doesn’t look pretty – it gets covered by candy: 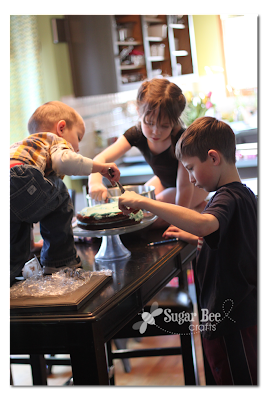 I sent Trevor to the store to buy Kit Kats – but I wrote Twix on the list – whoops.  So we just spaced them out a little and it worked just fine: 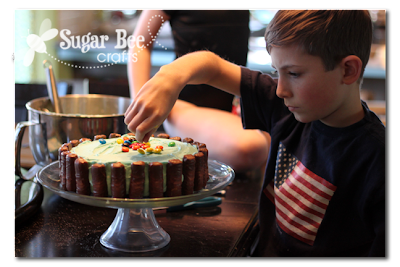 It was a hit!  I’m sure we’ll make this again for some other kid-heavy function in the future…”hey mom, take a picture like I’m taking a giant bite” – gotcha: 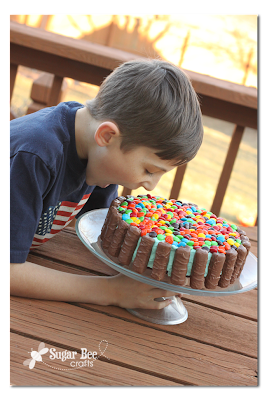