Remember the button headband I featured from the link-up last week – we made some.  See, I really do add a lot of your projects onto my “to-craft” list – and I love when they’re simple projects that I get done quickly.  You can find the full tutorial over at Little Miss Momma, so pop on over there. 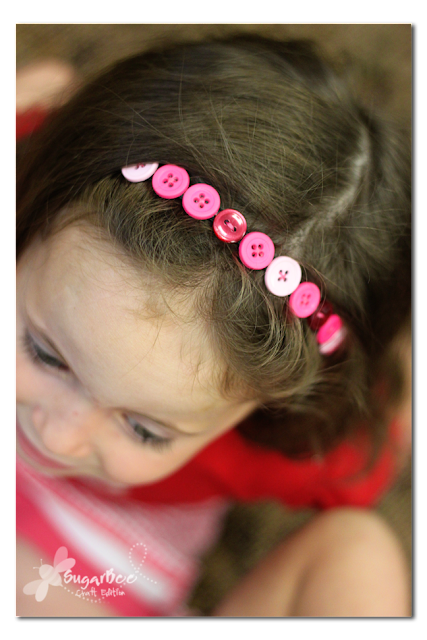 I thought this was a great project to introduce my girls (and their cousin who was over for the afternoon) to hand-sewing and sewing on buttons, so I tweaked the tutorial a little.  First I used that flat elastic you purchase by-the-yard – it was about $.39 a yard, and I got 2 headbands and had some leftover from yard, so less than 20 cents a headband.  I’m not sure how much the stretch headbands you purchase run, but I thought this was a good deal.  But mainly I wanted the girls to work on something flat because I thought it’d be easier for them.  I cut 19 inches of elastic and overlapped it about 1/2 inch when I sewed it together.

I had them choose all their buttons – I helped my 3 year old so her’s is the all-pink pattern that I thought was cute.  The older girls picked color combos and patterns that I wouldn’t have, but that’s the fun of letting them craft themselves. 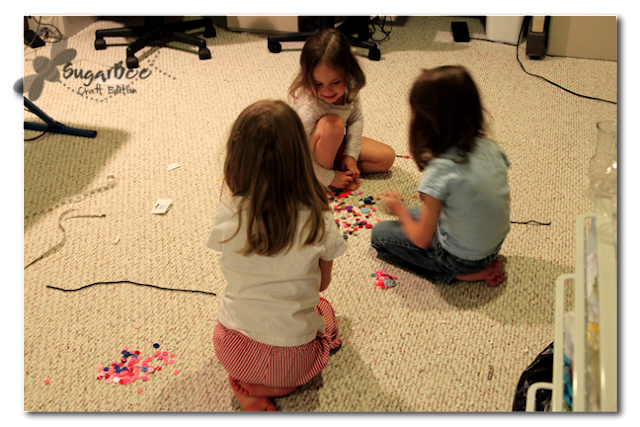 After they laid the buttons out in the order they wanted (11 inches long of buttons) I put glue on the button backs and the elastic, and they set the buttons.  This was an extra step from the original tutorial, but it really helped them during the sewing since the buttons held themselves on to the elastic. 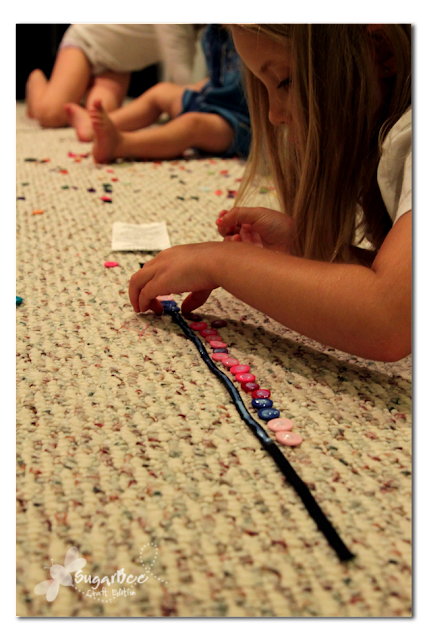 Then we took a break and let the glue dry several hours.  I think they made the most of the wait with a Barbie movie of some sort.
Then they sewed the buttons on.  I showed them how to thread the needle and loop in and out of the button.  The 3 year old threaded one needle and that was about all.  My 5 year old sewed on about 6 buttons before handing it over to me, so I thought that was pretty good.
After they attached all the buttons I overlapped the elastic ends and sewed them together.  Done and done.  They look really cute wearing them! 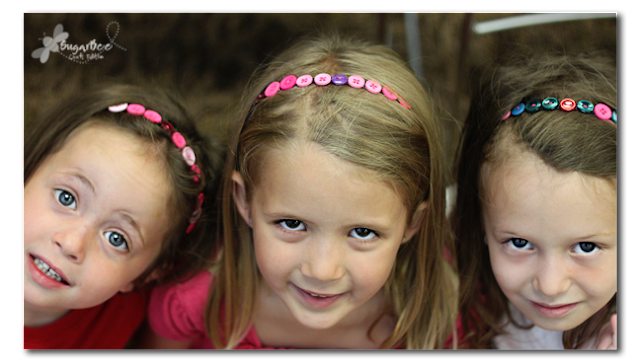 Now, coming up with more projects to keep these kids busy….. (this random snapshot on the right cracks me up – I can catch a glimpse of their teenage years when I look at it) 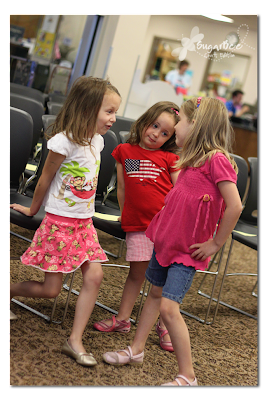