So we can’t find a house. (see previous installment, Building Beyeler Hollow: The Beginning)  Somewhere in the mix of our intense house hunt, my mom mentions a small ranch house that is on 60 acres.  Which didn’t even make sense – the house was super small, the land was way too big.  But then she mentioned it with a lofty plan – my parents could move also, into the small house, and we could build a home on the back acreage.  But I didn’t want to build.  We love finding homes and tweaking them to meet our needs.  We’ve been married a dozen years and owned 4 homes.  None were new.  I’ve always known that building a new home is crazy – and I’m sure I’ve said we would never build a new home.  So much more economical to buy a home.  So the idea was shot down, because it was crazy.

But then time went on and we couldn’t find what we wanted.  And the idea crept in – what if we built it? What if?  We asked my parents if they were serious about the moving offer, and they were up for it.  So we looked at it.  The home was meh, but all one level with no stairs, so that was nice – it was downsizing for my parents, but they seem to like a challenge.  And then we walked back onto the land – and that was it.  It was calling – we knew, it was the spot. 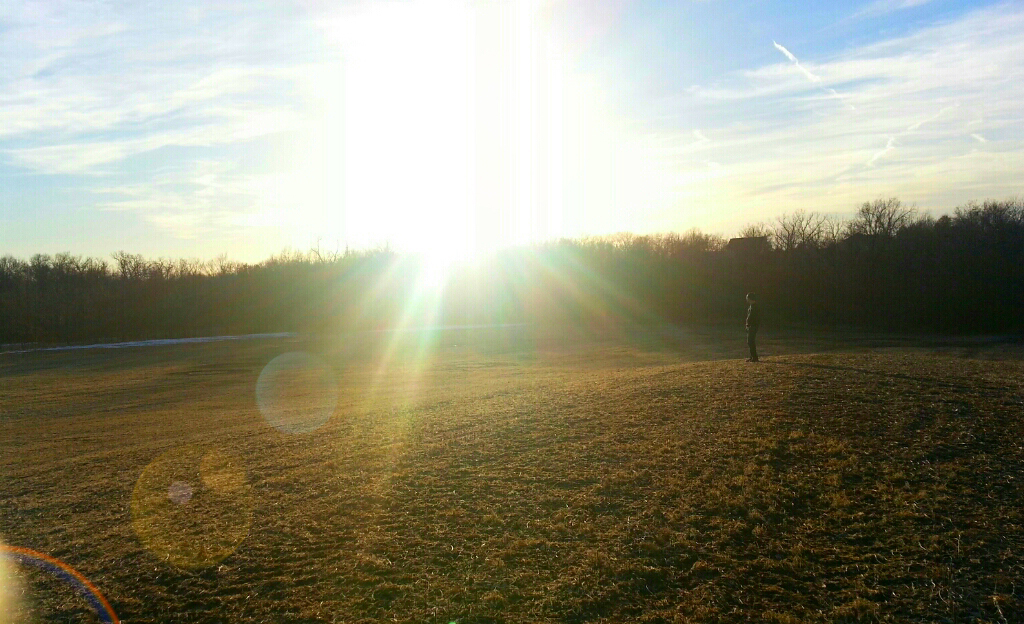 It was a secluded meadow, so serene.  A creek ran through the 20 acre lot.  It was a dream piece of property.  And only a few minutes from town – we knew you’d never be able to find that large of piece of land, so perfect, and that close to town, ever.  So we wanted that back 20 acres – I never even thought 20 acres was an option.  When I talked of “moving onto some land” I was thinking 3-ish acres.  But here we were, 20.  We tried to see if the owners would sell us just that section, instead of the package deal of 6o acres with the home.  But it was a no go.  All or nothing.  Which turned out to be a dream come true… a dream we didn’t even think about happening!

60 acres was too much land between just my parents and us.  We were going to divide it into 4 lots – the one of the very right is theirs, the one with the small house.  The one on the very bottom, the rectangle, is ours, 20 acres with a creek and ravine running through it. But what about the other property?  We threw out the idea to Trevor’s brother’s family, and they loved the idea of living out in the country and close to family.  They committed to the two property chunks on the left side, about 13 acres – it’s super pretty, and they know that they have the best spot for them.  Our properties will touch on the back corner.  Backyard neighbors to cousins – see, a dream come true.  My kids will be within walking distance from cousins their age and their grandparents –  this is what country dreams are made of. 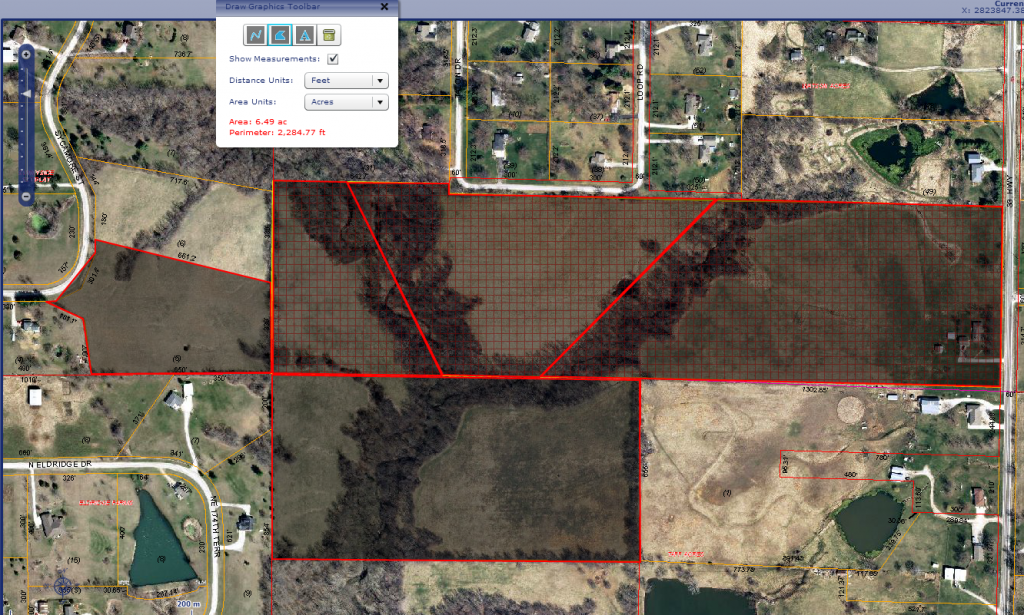 We would have never even thought that living on one giant piece of land as several family units was even an option.  Good thing the other 2 houses that we thought were “the one” fell through, because it led us to this.   Crazy things started falling into place – we knew this was what was meant to be.  It was right.

First up, we had to get the land subdivided into the portions above.  My parents bought the whole 66 acres and then started the subdiving process.  We met with the county before the land purchase to make sure subdiving was even an option.  They were confident it wouldn’t be a problem, but it still had to go through multiple county meetings and approvals, including meetings open to the public where neighbors could voice their opinion.   The land was purchased at the end of the summer, and we were hoping to jump on in and break ground that fall.  But we couldn’t break ground until we owned our section, and we couldn’t purchase our section until it was subdivided.  It took much longer than we thought (oh the joys of government systems). 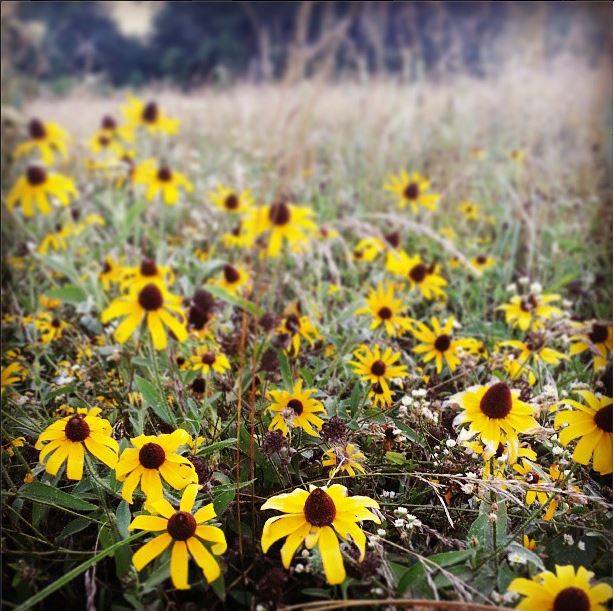 Meanwhile we jumped right in to enjoying all the land had to offer.  As we saw the kiddos outside, exploring the creek, running around the field, enjoying time with one another, I knew this was what it was all about.  There’s just something a little different about country living, and it was calling to us. 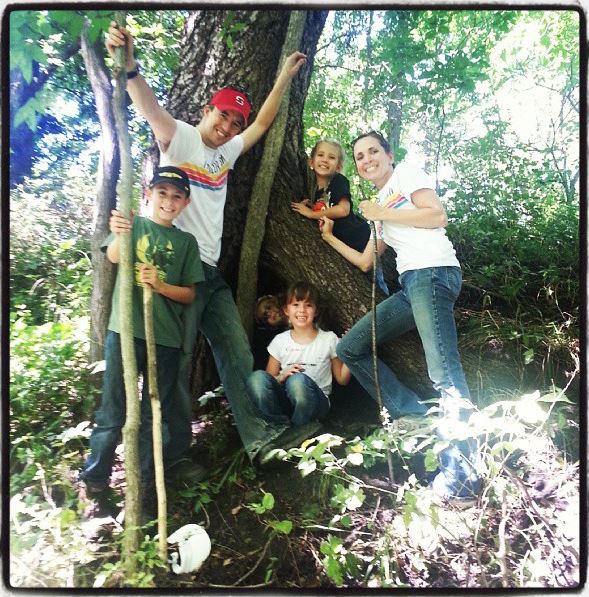 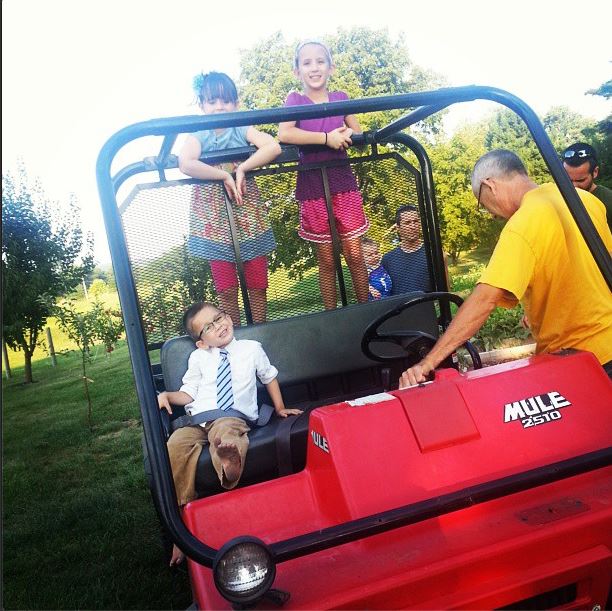 My parents listed their current home and while it was up for sale, they prepped the new home.  Pulling wallpaper, painting, cleaning.  They moved in over Thanksgiving weekend.  The house was a 2 bedroom, 1 bathroom house.   The bathroom only had a tub, no shower!  So their first order of business was to convert one bedroom to a master bath with shower, combined with a laundry (moving it upstairs from the basement).  So now it’s a 1 bedroom, 2 bath house, which would be a great size for just them… if only it were just them… (more on that to come) 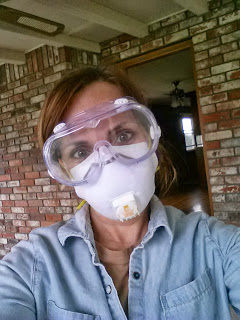 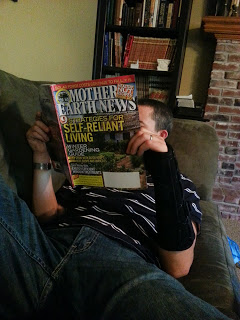 Meanwhile we we spending every spare second for months hashing out house plan ideas. Late night after late night, constantly working on house plans. For months.  Trevor even bounced around crazy ideas like living in a cob house or storage container.  His dad built architectural 3d models for visuals.    If you were to design a house, what would it look like? What would it include?  Since we’d never considered building a home before, we had no storage bank of ideas, and it was tough!

Coming up next – how building a home doesn’t mean you’re building a dream home…. but it’s still dreamy…. And all about how we ended up on the house plan that we did, and a crazy twist where we decided to build it ourselves….