I actually sewed something for Kids Clothing Week Challenge – it was fun to participate!  I read from my fashion contributor that belted jackets are all the rage, so that’s what I made…

I was able to try out the Annabelle Jacket from the Peek-a-Boo Pattern Shop: 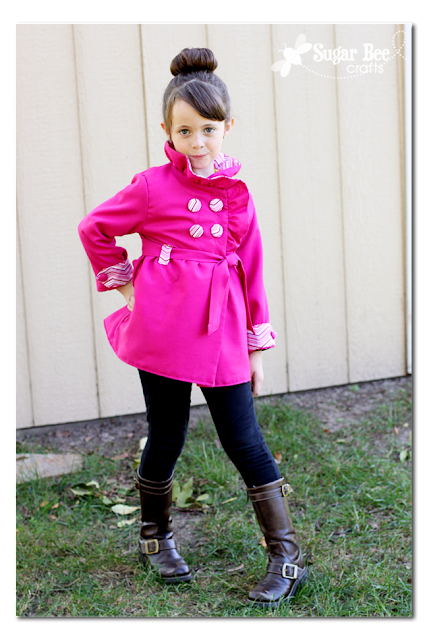 I was super excited about making this little jacket – and it turned out so cute: 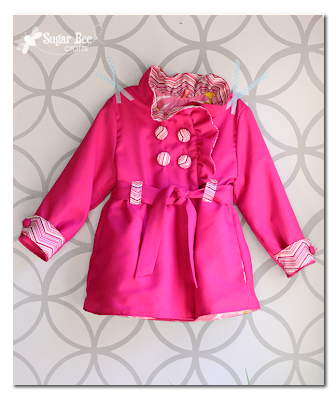 I found the fuchsia fabric at a thrift store – several yards for $3 total.  Then I bought a sheet set at Walmart on clearance for the lining – but it was pretty thin, so I ended up using the sheet on the buttons, ruffle, and cuffs, and lined the jacket in some flannel I had.  It’s perfect: 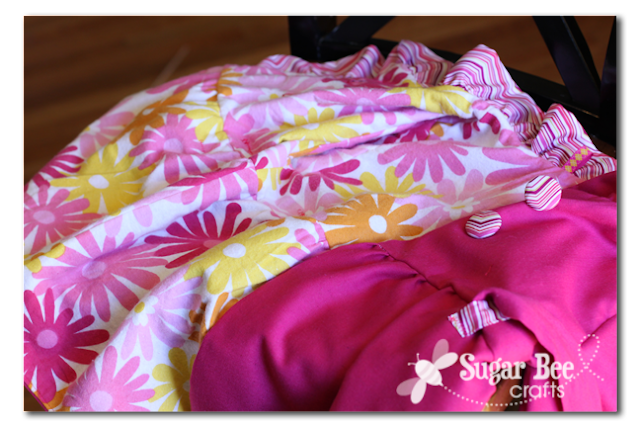 If you have never used a PDF Pattern, you should give it a try.  It’s very similar to a blog post tutorial, but more details.  Lots of pictures and instructions – a great way to try sewing a pattern.

I would say this pattern is great for an advanced beginner.  So if you’ve sewn a few things, and want to try something a little past basic, this is for you.  It’s not that hard!  A jacket seems like it might be tricky, but it wasn’t. 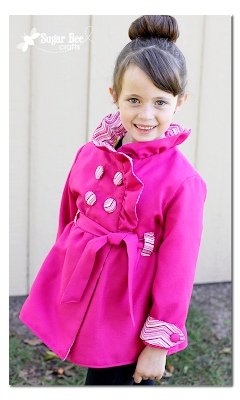 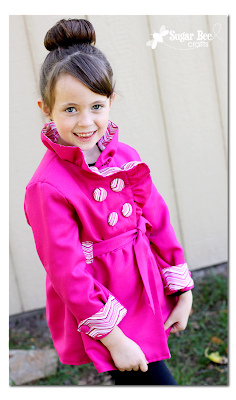 I did a few things differently than the pattern called for…..

–I made the ruffle double-sided so that you could see the lining peeking out from the underside of the ruffle. I also added a little ribbon loop so she can hang up her jacket on a hook at school (it’s a big deal – she has other jackets and won’t take them to school because they won’t hang up) 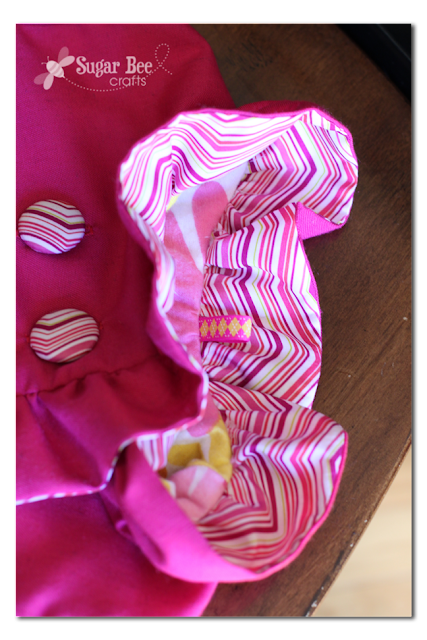 –I pulled the wrist tab thing tighter than it called for so the arms taper a little.  The button is fake and sewn on instead of having a button hole. 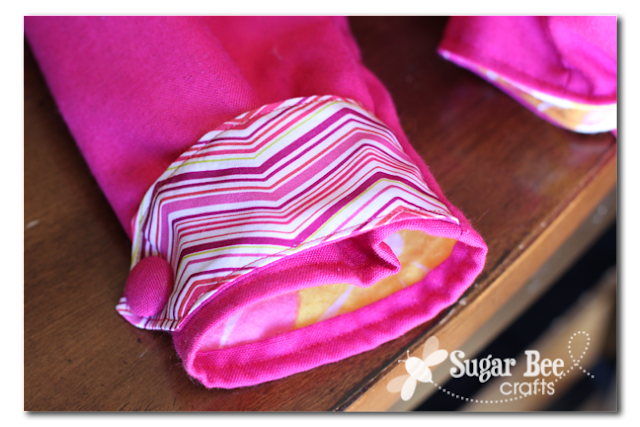 –Instead of having four working buttons, the two on the left are fake, sewn right on, and the two on the right are functional and hold the jacket closed: 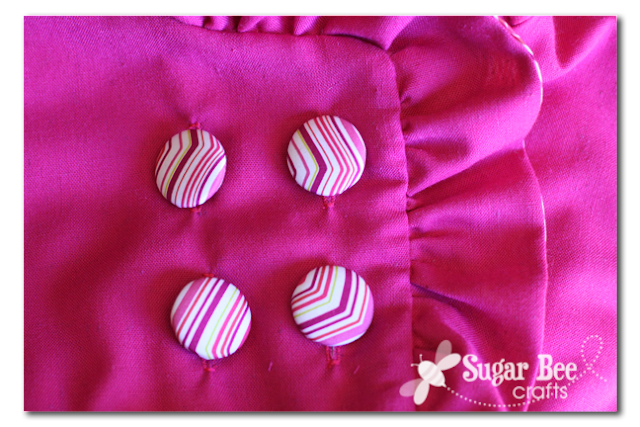 I did have an incident where my preschooler, who I thought was cutting yarn to occupy his time, was really cutting away at the sash – doh!  I just patched it up since the cut was in the back. 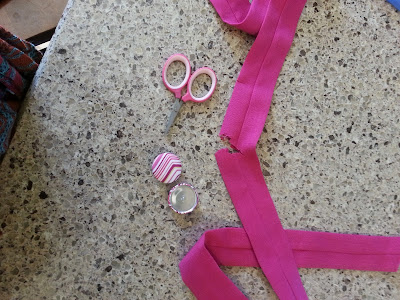 Peek-A-Boo Patterns has tons of patterns – shirts, dresses, jackets, and so much more – be sure to check them out!  Everything was well explained and flowed well in the pattern.

Be sure to measure your child for the size chart – I didn’t – I planned this jacket for my older daughter but my youngest daughter was delighted that it fit her better. 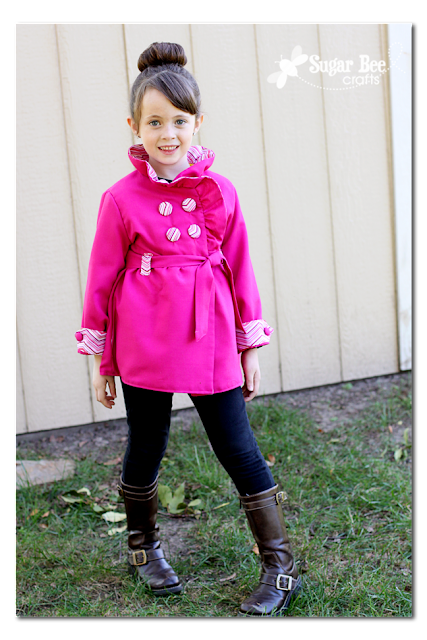