As promised, the tutorial for a Twisted Cowl – and yep, it’s no-sew…. 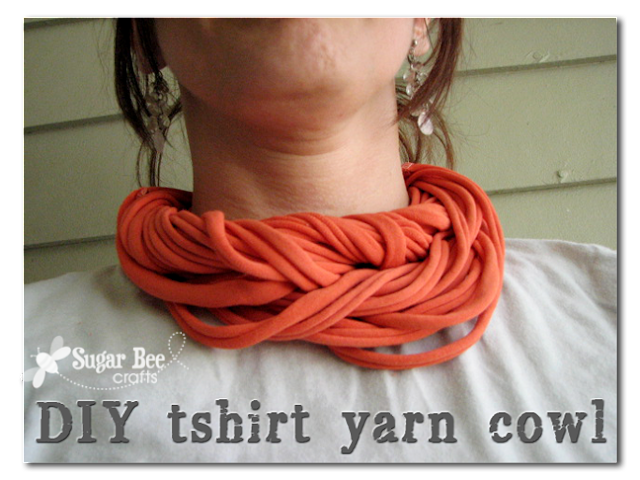 I saw something similar to this on Pinterest from Whole Living, but they didn’t show how to get the “twist” look so I figured it out and want to show you a quick how-to…

Here I am, trying to replicate their picture, which never really works: 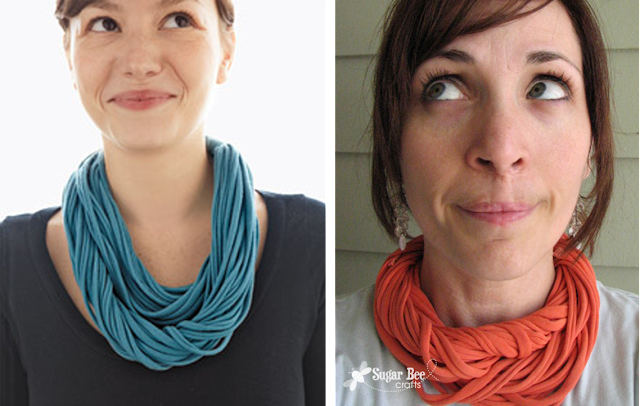 First up make your tshirt yarn.  Basically, you cut a tshirt into a bunch of strips – mine were about 1 inch wide.  Their tutorial tells you that part.  Then you take that strip that you cut, which is actually a loop, and stretch it out.  It will curl in on itself, and voila, it’s tshirt yarn. 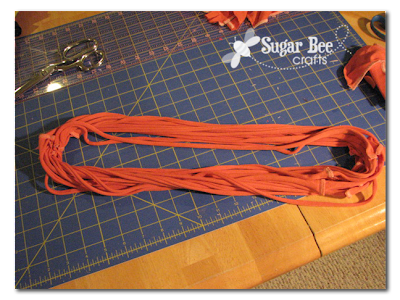 Then while holding the left end of the oval still, twist the right in of the oval in on itself a few times, til it looks like this – you can see how it’s twisty: 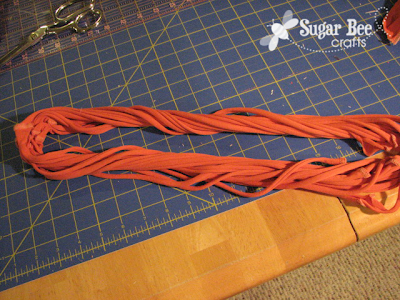 Then, with the twists in place, make a figure 8: 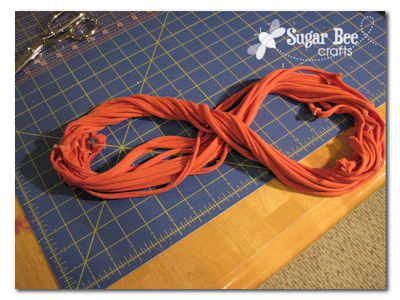 And then bring the two ends of the ovals together.  That will make all the side seams from the tshirt in basically the same spot.  Then take a scrap from the sleeve of the tshirt and cut it into a rectangle and fold the edges in, like shown: 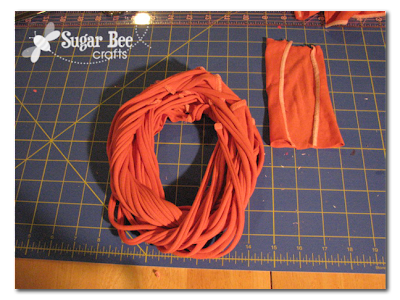 Place it around the area with all the seams.  You are going to cover all the seams and hold the necklace together.  Fold one edge down just a little (like a hem) and then put a line of hot glue on it and wrap it around and press it down.  The hot glue will hold it – no sewing required. 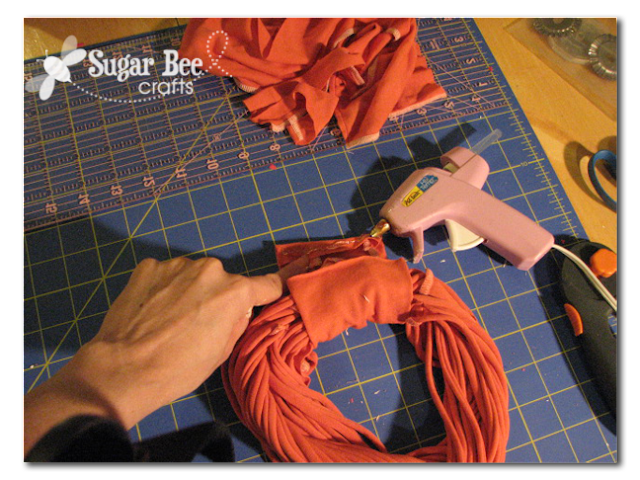 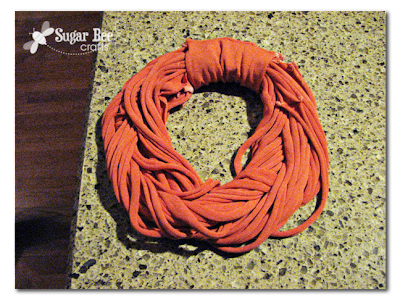 It’s a little snugger on my neck than I had planned – I think the main reason is because the shirt I used was an XS, so the loops just weren’t that big.  But that’s okay – it’s not tight or anything. 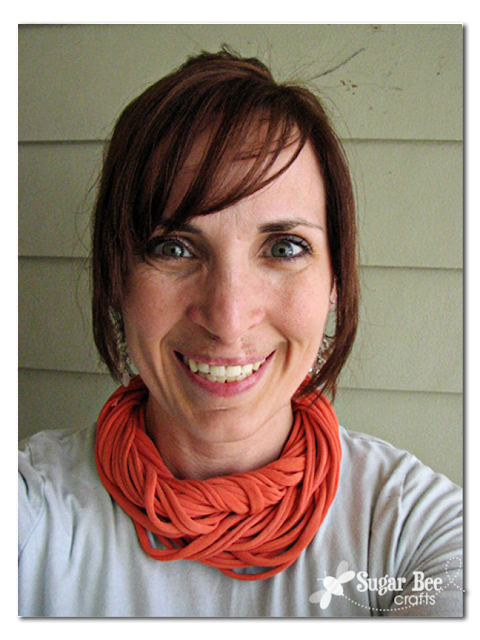 I love simple, quick, easy projects – you can do this – really!!  Go make one right now!