Cake/Cupcake decorating seems to be all the rage lately. In response, I checked out several cake/cupcake decorating books from my library. I especially liked Hello, Cupcake – the book had great ideas with clear pictures and made it seem like anyone could make fun cupcakes. And so it was attempted: 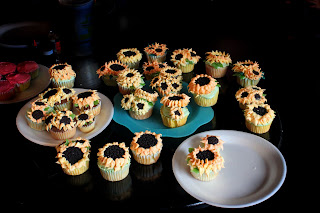 In the end they turned out super cute. We had some problems at first because the icing wasn’t thick enough – it wouldn’t spike up and was mushy. After adding large quantities of powdered sugar, we had the right consistency. Trial and error. It was a fun craft! (the good ones pictures weren’t made by me!) Later a few ladybugs made theirselves at home: 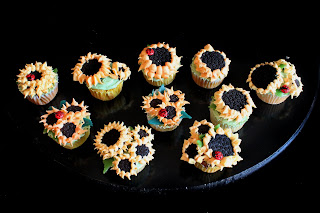 Need a tutorial so you can tackle this? Here ya go