2 shares
Alright, as mentioned it’s on to week 4 of SoYouThinkYou’reCrafty – head over there to vote!  Mine is the..Miss Mandy Bag
From last week, here’s the super extended version of the post, including tutorial and tips, for you, my lovely readers:
“LOVE” is such a broad theme!!  My project isn’t too lovey-dovey (trevor said I should have sewn up some “intimate apparel”) but it’s something I wanted to make.  My goal in craft competitions is to not just craft for the sake of crafting but to actually make things I’ll want and use. I have been wanting to make a Quote Wall Art for awhile now, so this was just the push I needed to get it done. 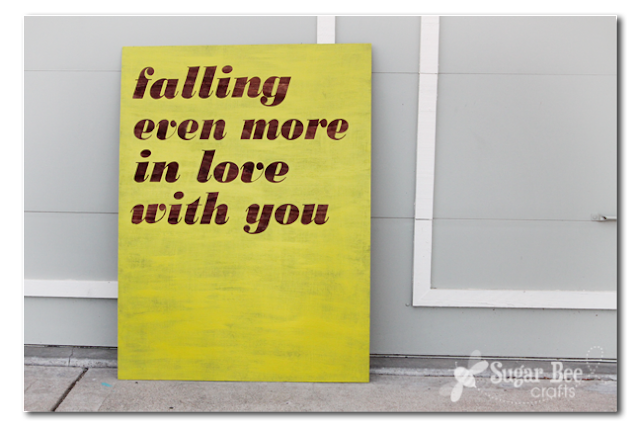 I learned some tricks along the way and am happy with the final results – I love the wood showing through – it matches the stain on my bedroom dressers and the color of “gecko” is an accent color in my room. 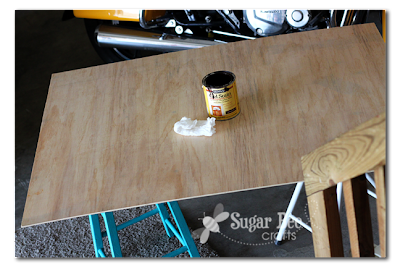 Then I rubbed gel stain all over it and set it in the sun to dry (with a jug on it so it wouldn’t blow away).  The stain is the same stain that I used to redo my bedroom dressers, so it matches. 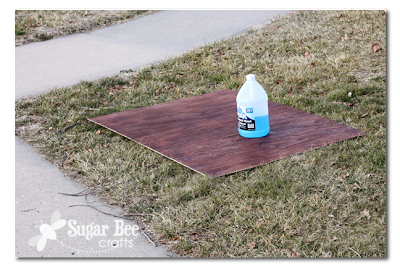 Next up, cut out letters.  I used my Cameo machine.  Depending on how cheap-o you are, I have a tip to use contact paper.  I use it for projects like this where the vinyl would get thrown away in the end.  But heads up, it’s hard to see cause it’s clear and you may curse it a few times.  But compared to vinyl, a roll of contact paper is so cheap!

Anyways, put the letters where you want them.  Now, prepare to be wowed – paint over the letters with mod podge.  Wha??  Well, all stickers will have some seeping, and I wanted a nice crisp outline.  So painting all the outlines with mod podge will let the mod podge seep under – but it’s clear, so no big deal.  Then when you paint the color on, it can’t seep under because the mod podge took care of that.  Genius, right?? 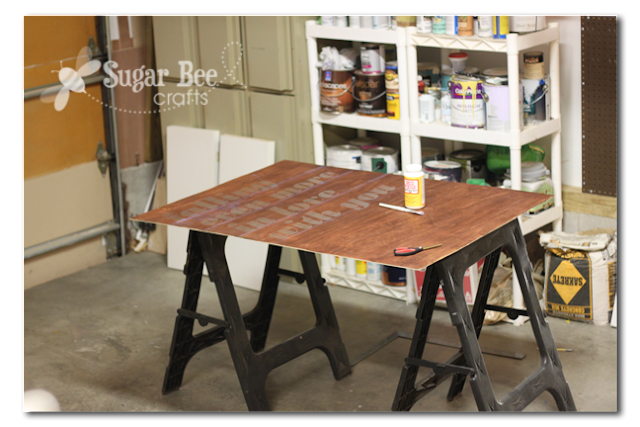 I painted on a couple coats of color then let it dry overnight. 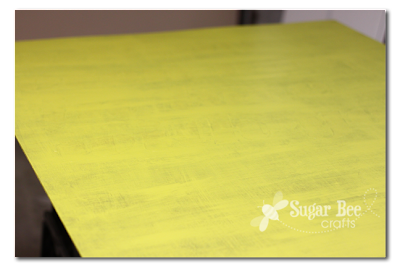 I wan’t sure the mod podge would work.  I prepped mentally for a craft fail because I was skeptical.  I’ve done this type of thing before, but the letters underneath were painted to I touched them up with paint.  Since this time I wanted the wood to show through, there was no backup plan to touch up with paint.  Even Trevor tried to prep me “you know, this font you picked has some pretty skinny sections….” – yeah, I know.

But then wowza, I amazed even myself!  look at that!! 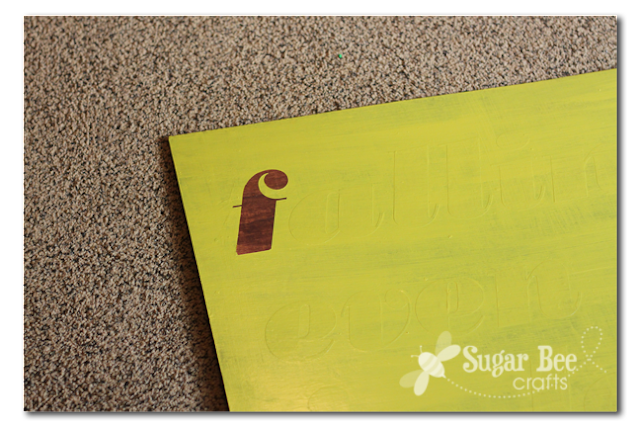 It just peeled right up, so crisp!! 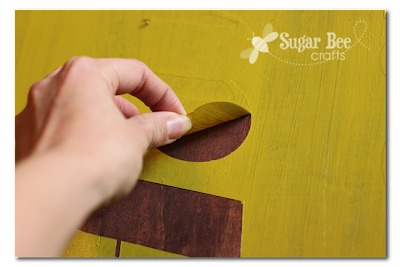 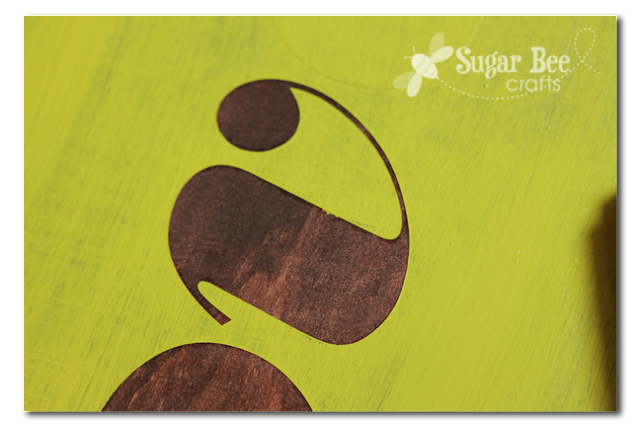 Now, in full disclosure, there were a couple of spots with a little bleeding – this here was the worst – still not too bad, and this was the exception, not the rule, so I didn’t mind.  I think I just not have had the letters pressed down good right here: 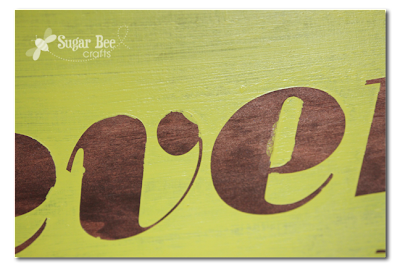 I don’t have a complete picture with it hanging on the wall, so you’ll have to imagine – it’ll go beside the tall dresser and bring color to that side of the room.  I’m leaving for Hawaii in less than 18 hours – I need to be packing, not hanging up wall art, crazy priorities. 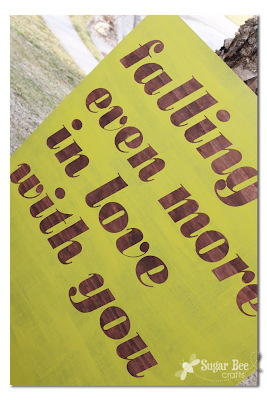 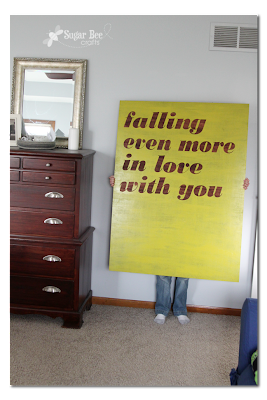 But just so you know, I plan on hanging it with the same method that I used on the photo wall art I did last year, where it floats out from the wall: 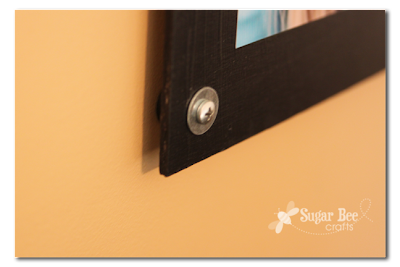 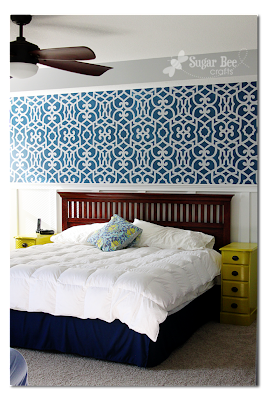 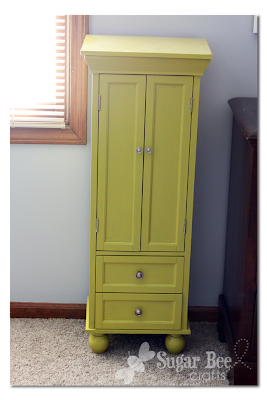 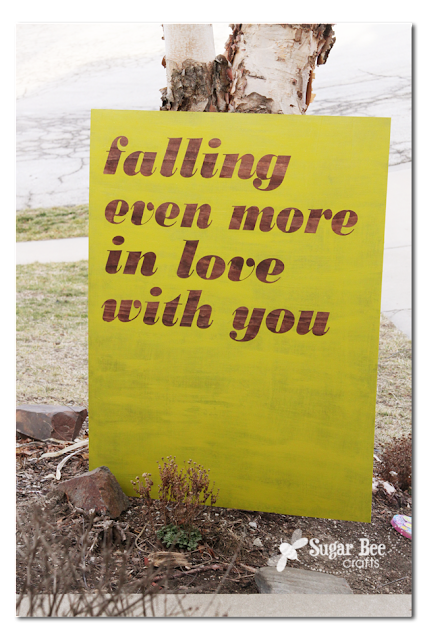 The quote is from a song that was used on our wedding video – – who know’s it???

Here’s hoping for your vote!!