I love a personalized touch to gifts and today have a fun idea for gift tags to include on those upcoming Mother’s Day packages.  They’re Cinnamon Salt Dough Tags – I LOVE the hint of cinnamon, the perfect scent for any package.  These come together quick and easy and the kids had a great time personalizing them! 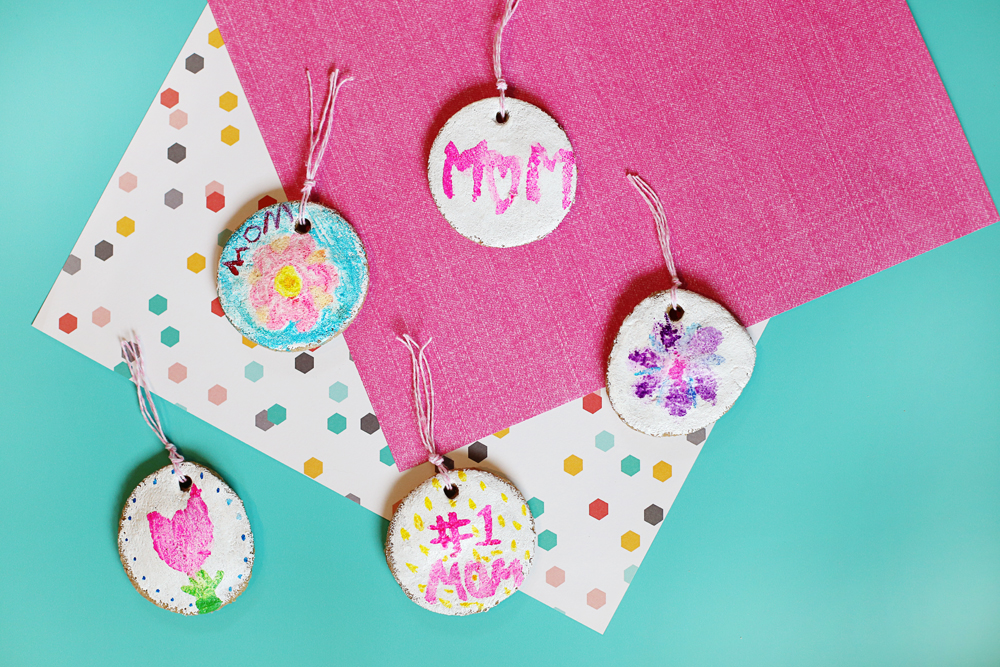 Aren’t they so fun?? 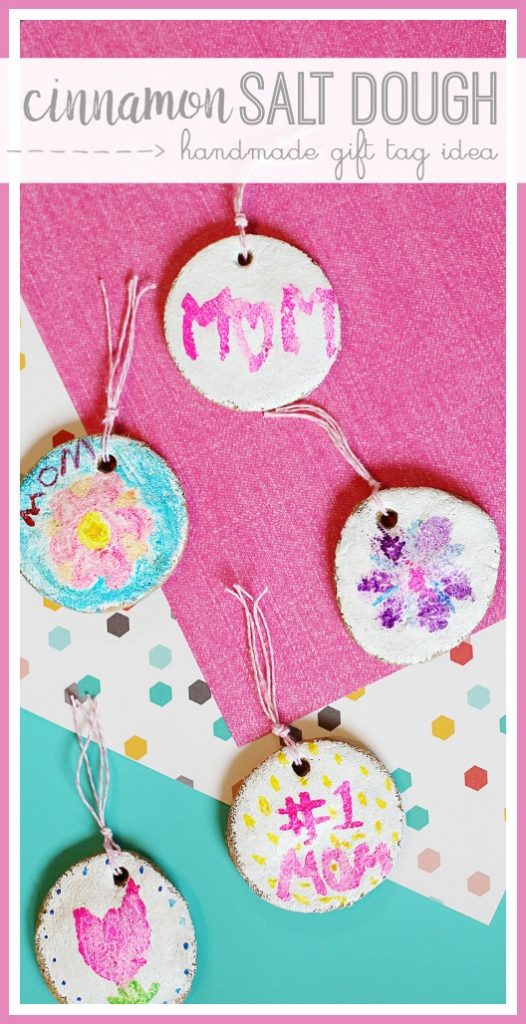 This Cinnamon Salt Dough has a secret ingredient for that perfect cinnamon smell…. 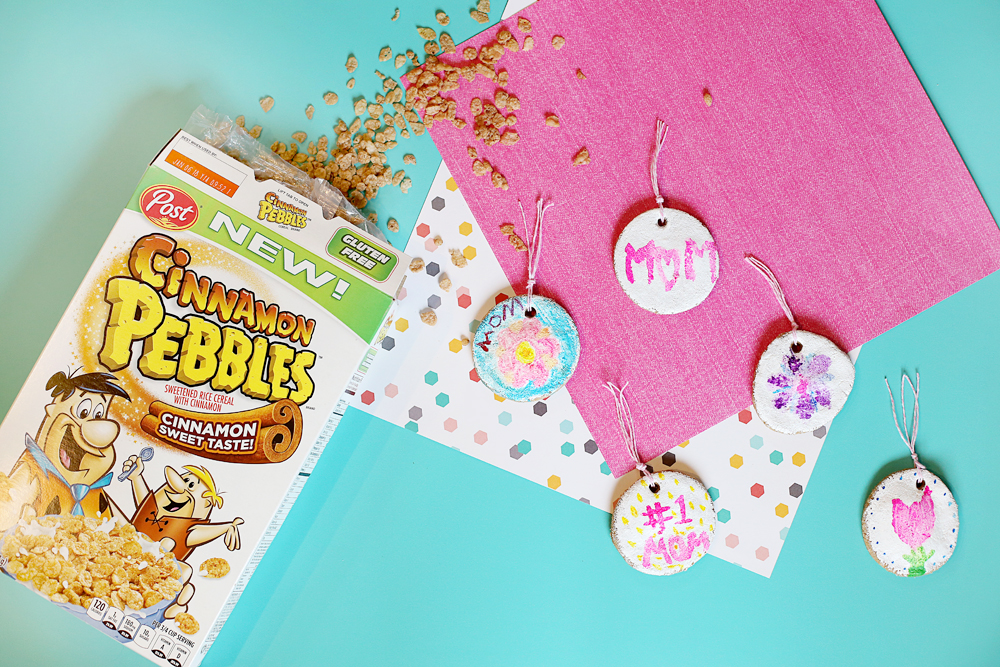 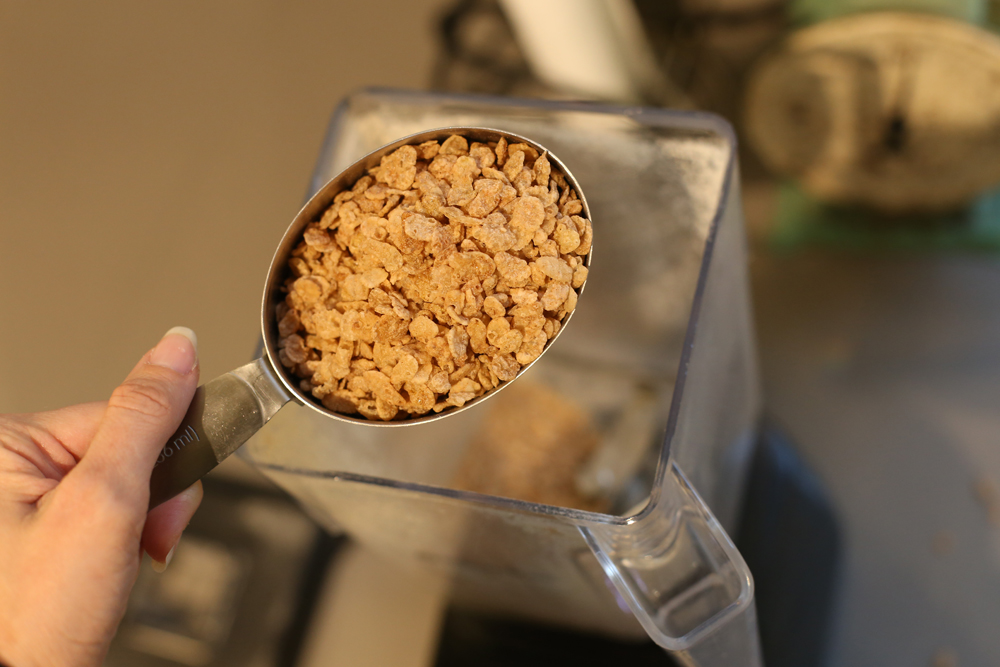 Combine ingredients and mix by hand under dough forms. 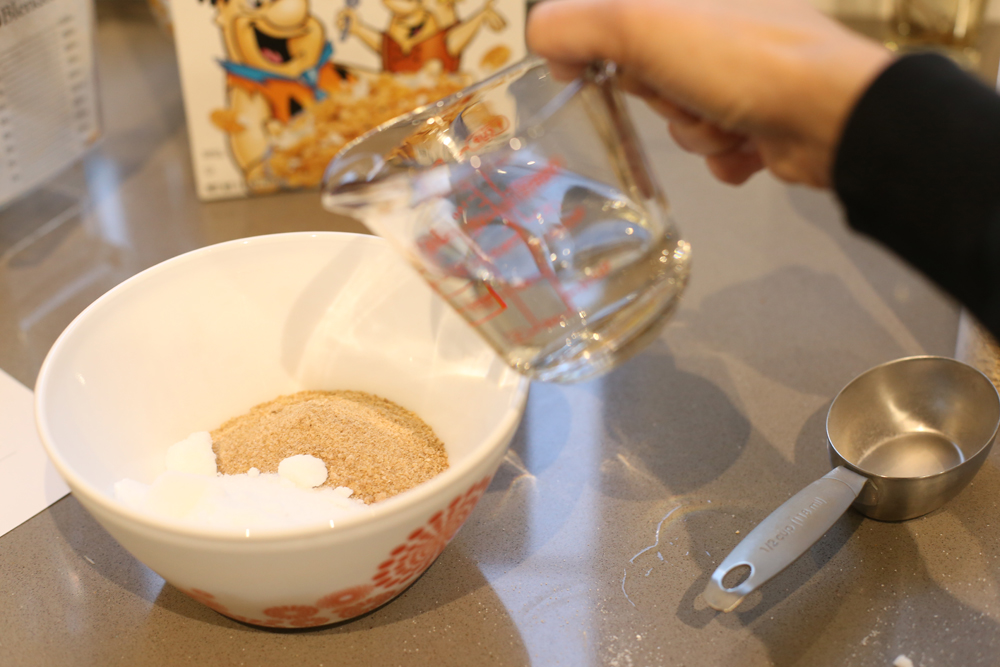 Roll onto floured surface and cut out tag shapes. 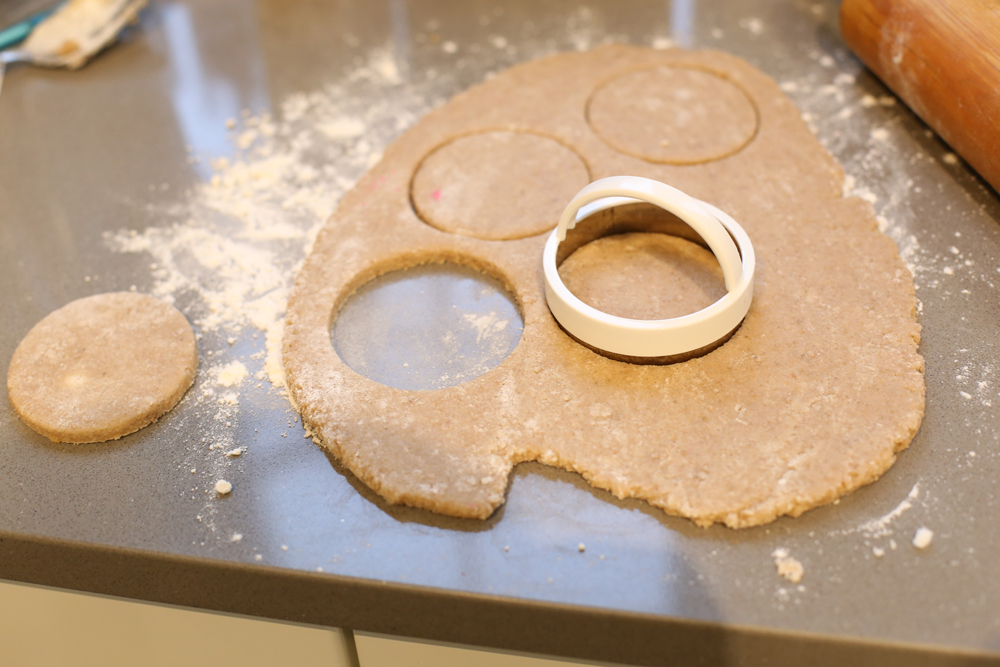 Use a straw to make holes for stringing tags. 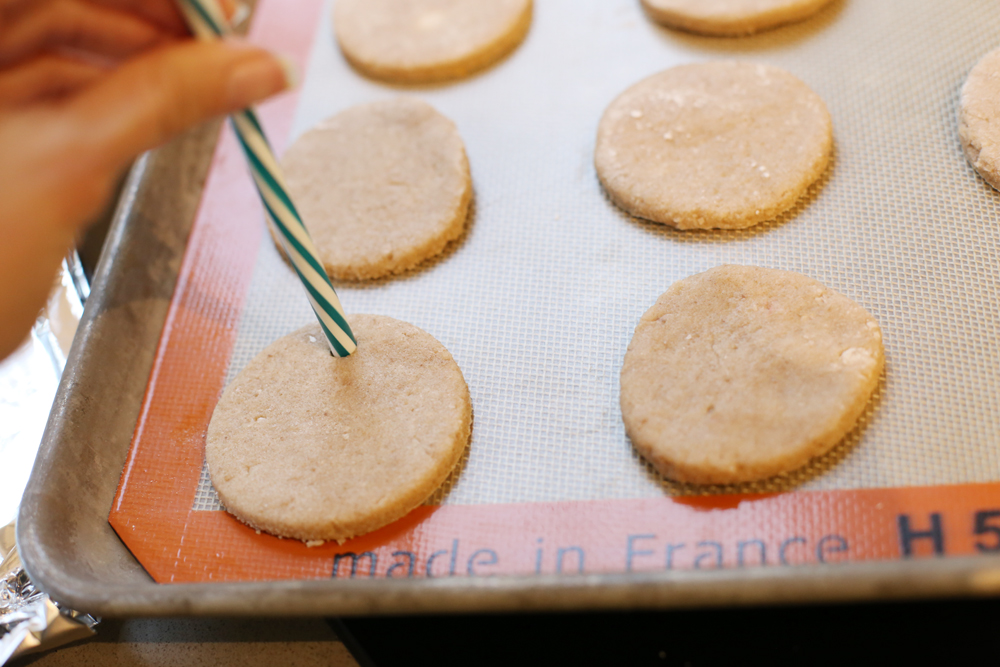 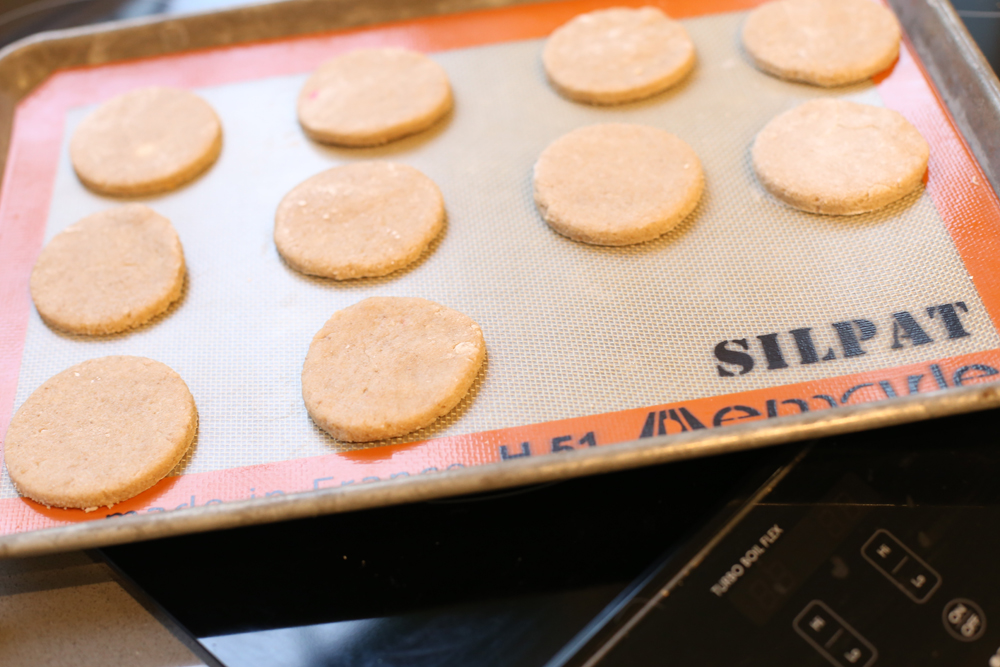 Once cooled, decorate as desired.  I first put a coat of white craft paint onto them: 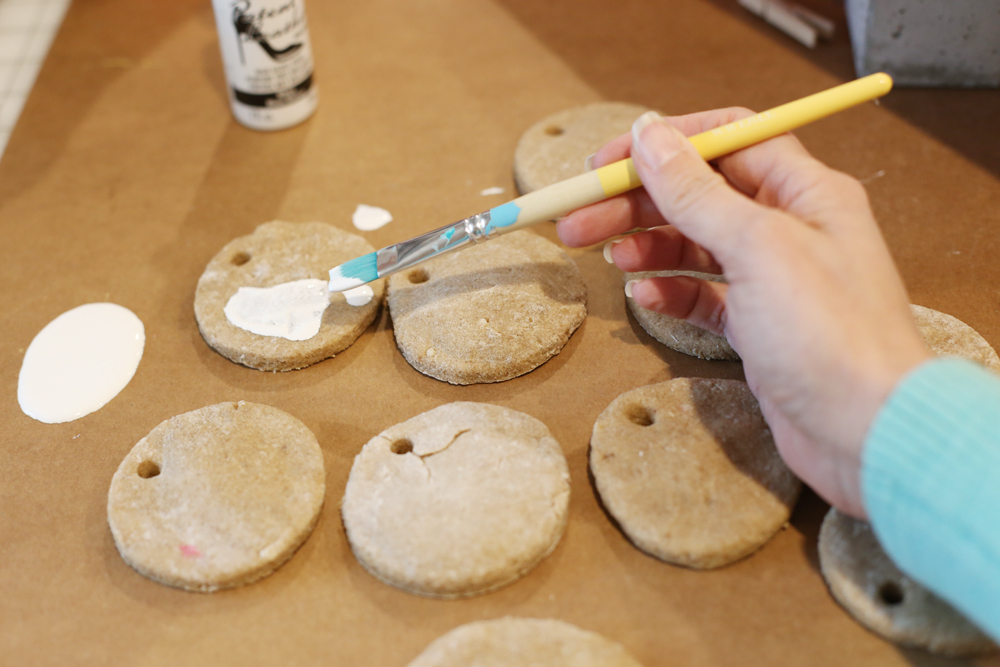 Then the kids used watercolors to add the designs.  The white background helped the watercolors to stand out.  I left the backs unpainted – you want the cinnamon scent to be present and not covered up! 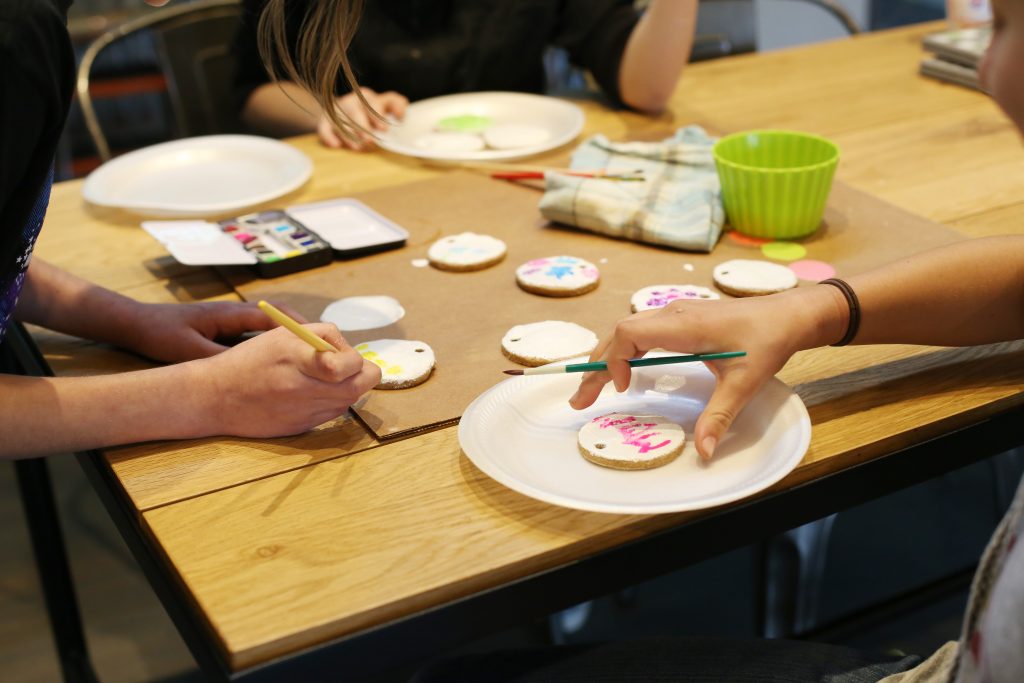 That’s all there is to it!!  Grab your Cinnamon Pebbles and make some this weekend! 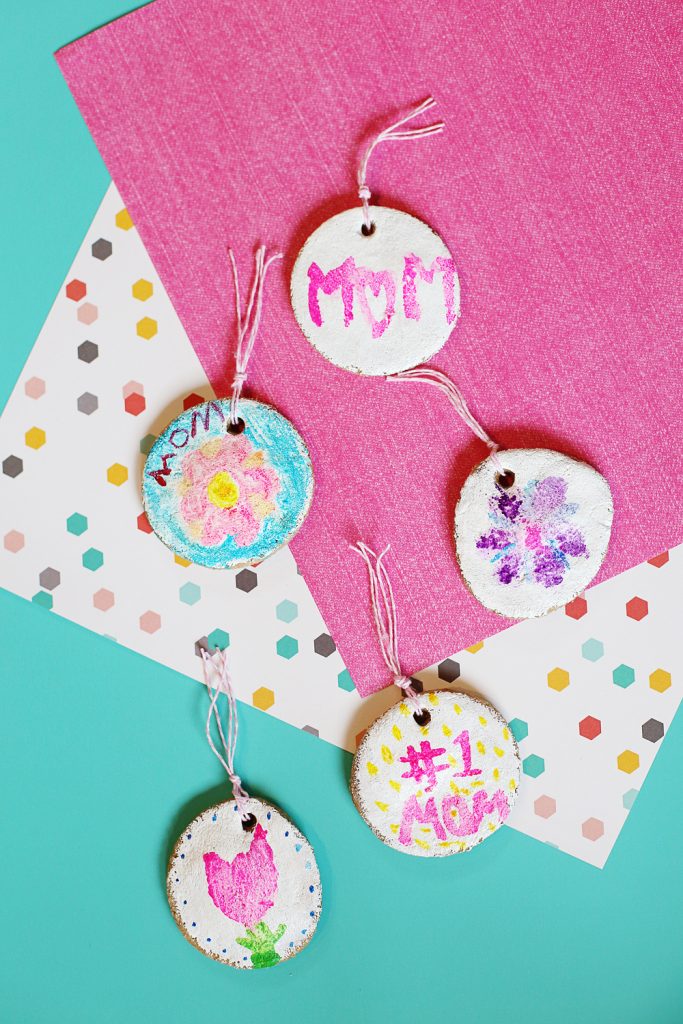