I love box costumes – growing up I had several and I thought it’d be fun to recreate one – the DIY Dice Costume!  This one is so fun to do with siblings or a friend. 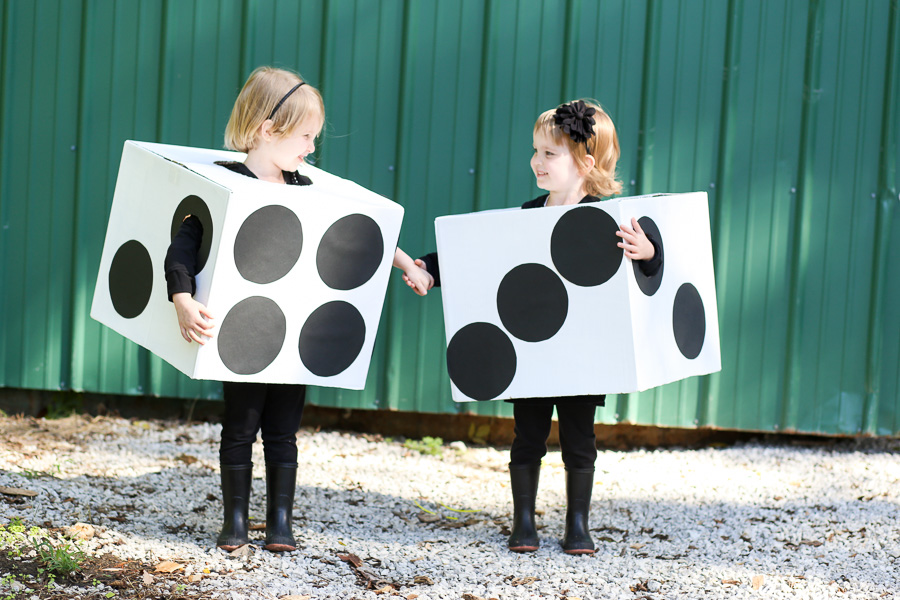 This costume is so doable!  With just a few supplies, you can have it put together in no time! 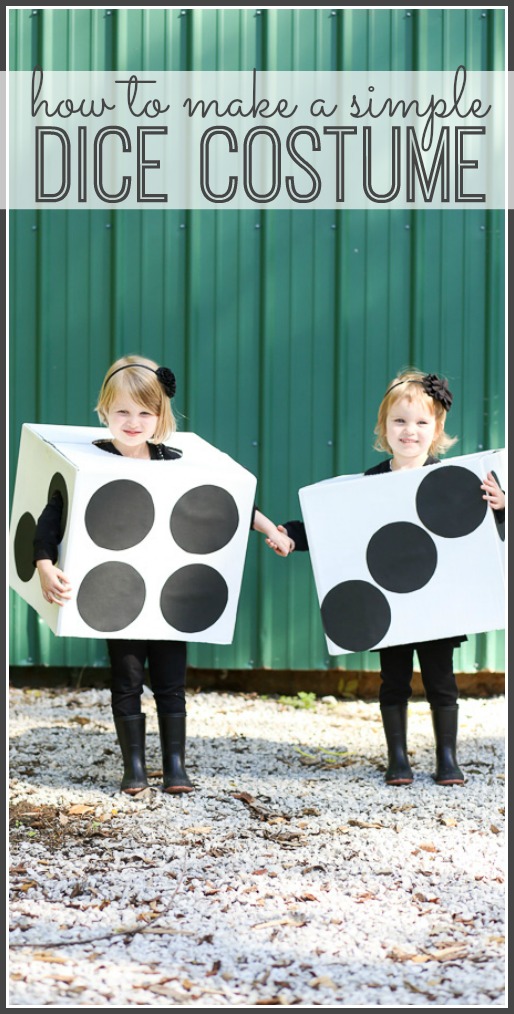 I was even able to dig up an old photo – my friend and I were dice together, circa 1989 – I couldn’t seem to find a photo of us together, but here’s me: 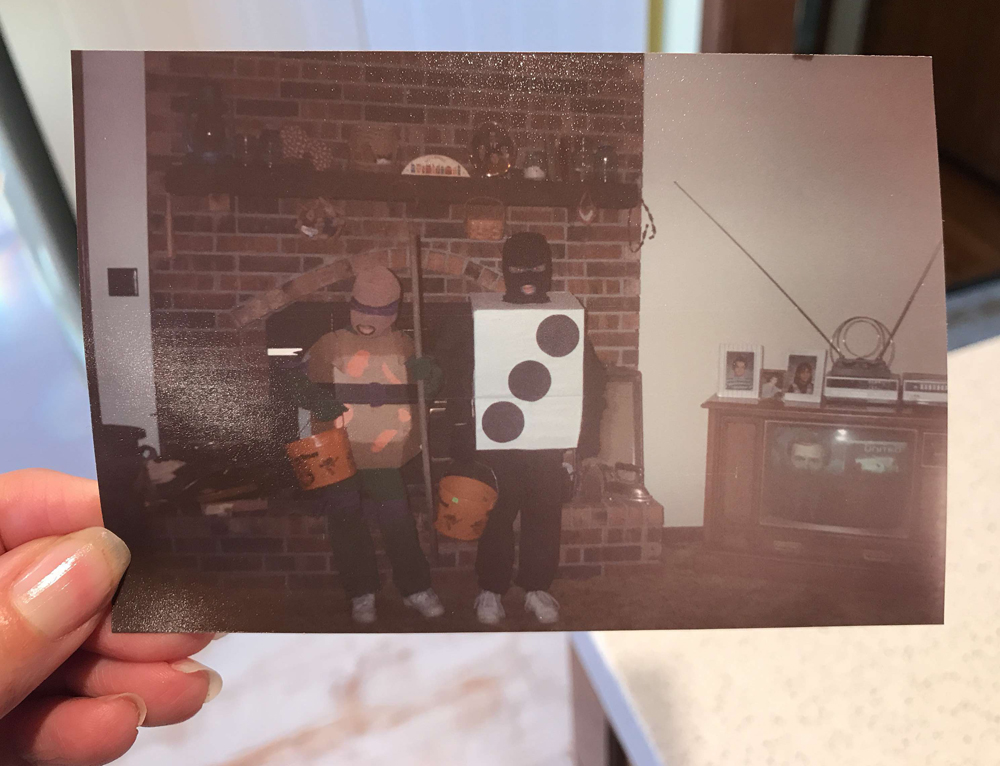 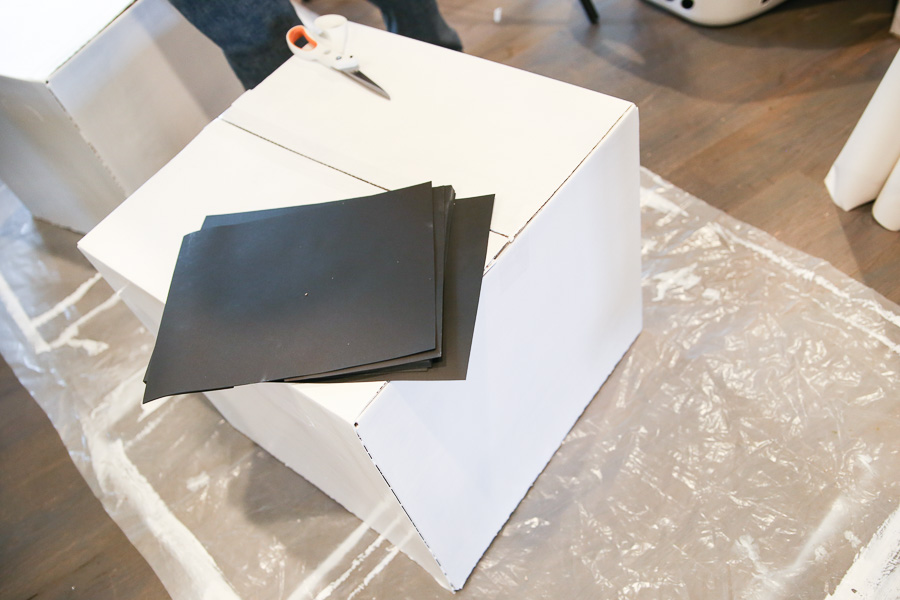 First, paint your box.  I tried using spray paint and that was a fail.  Using regular paint and brushing it on worked MUCH better.  It took two coats to get good coverage of white over the decals on the box. 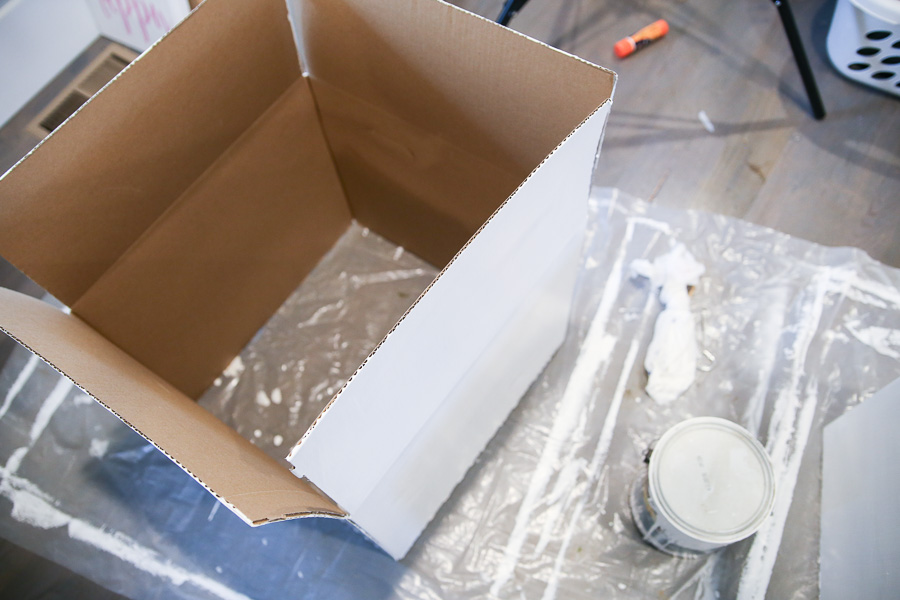 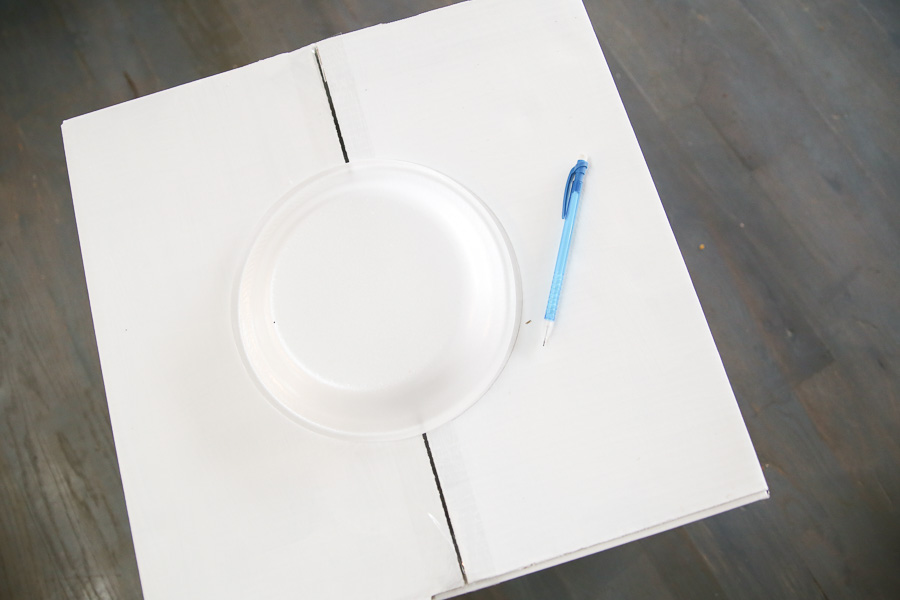 Using a smaller template (I again used a paper place, just smaller in size), trace a circle on the black paper and cut along the lines.  These will make your dots. 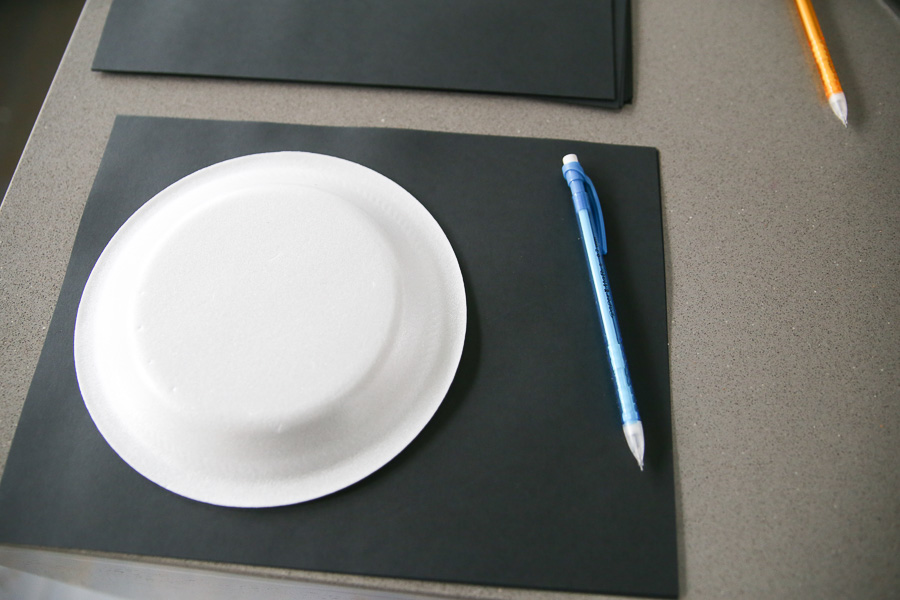 Attach the dots to your box.  I used a glue stick to glue the dots into place.  Keep in mind that on any dice, the opposite sides add up to 7.  So the top is 1 (the head hole), which means the bottom is 6 – but since that’s where the legs come out, there won’t be a 6 on your dice.  Put 2 opposite of 5 and then 3 opposite of 4. 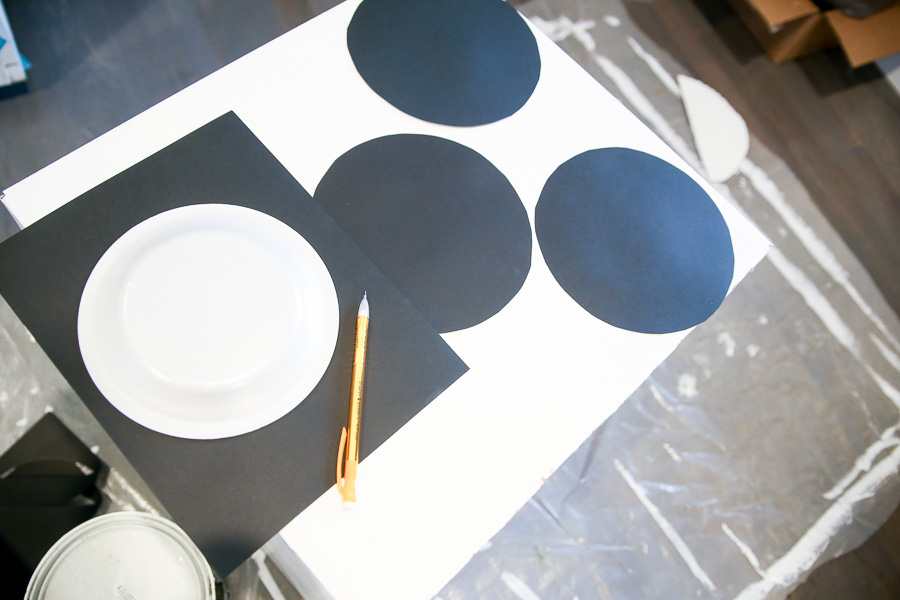 Next up is cutting the arm holes.  I made sure to cut right through the center of the dot.  The arm hole was smaller than the dot. 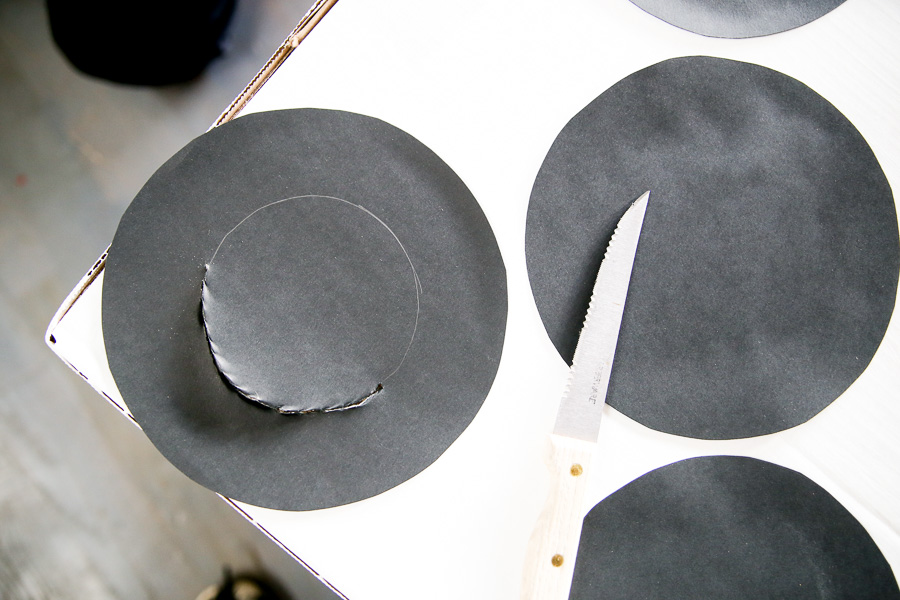 Here’s a view of what the arm hole looks like when being worn: 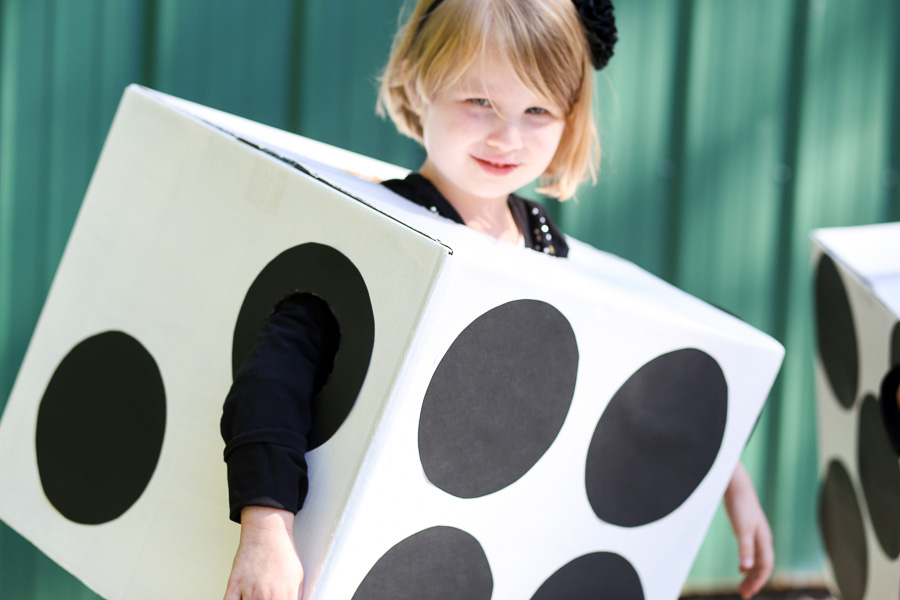 And that’s all there is to it!!  Wear a black long-sleeved tee and black pants and add the box, and the kiddos are good to go!  Super fun and easy DIY Dice Costume: 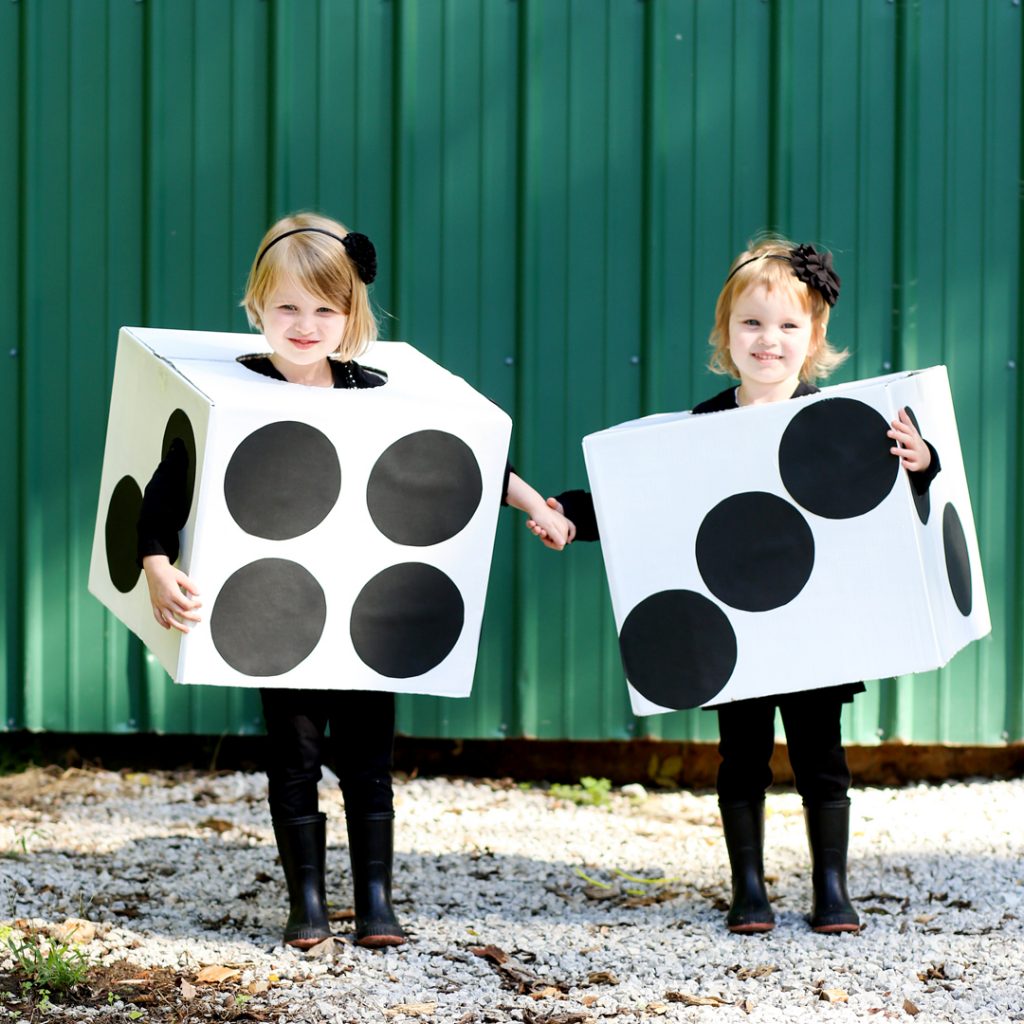 Kids Costume Ideas from others: